Imagine the surprise of everyone when Nathan Holland once again proves to West Ham United that he is one of their brightest talents. It appears to be on a weekly basis that the young winger catches the headlines in the under-23s, and Sunday was no different as he scored twice in another dominating victory against Swansea City. Saturday was one of the darkest days of the season so far at the London Stadium, as the Hammers were blown away by Newcastle, who had one of the worst attacking records in the Premier League beforehand. The 21-year-old needs to be in the squad, if not the first-team against Burnley next time out, and Manuel Pellegrini must not hesitate to give him the chance to prove himself once again in the top-flight, after all, he has nothing left to lose after a nightmare month. Many West Ham fans took to Twitter to call on their side to utilise Holland in the first-team, and the time has come for them to take action. 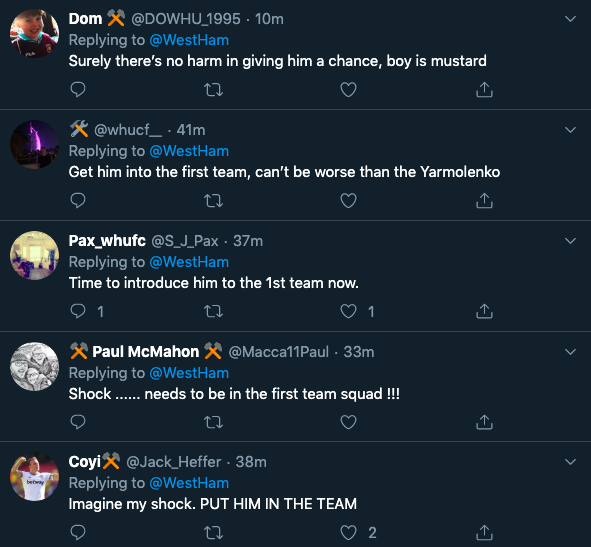 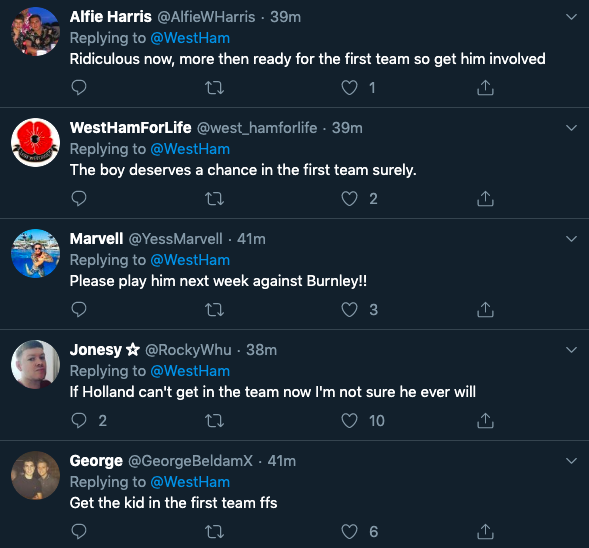