Another game brought another defeat against Tottenham on Saturday afternoon, and unsurprisingly it was Roberto who took most of the critics. The Spaniard was less than solid in goal and could have saved each Spurs’ goal at the London Stadium. With Lukasz Fabianski still sidelined, it means that Manuel Pellegrini only has David Martin available to him to fill the gap, or he could look to the club’s academy. The spotlight was on West Ham’s under-23s on Wednesday, as both Winston Reid and Ben Johnson continued their comeback from injuries. The Hammers posted the teamsheet on their official Twitter account, and it was the absence of young goalkeeper Joseph Anang that caught the eye of the Irons’ faithful. Anang has a number of admirers in the goalkeeping union, including former Hammer Joe Hart, who recently labelled the 19-year-old as “magnificent.” Many West Ham fans reacted to the update, with the majority calling for him to replace Roberto in Saturday’s trip to Chelsea. 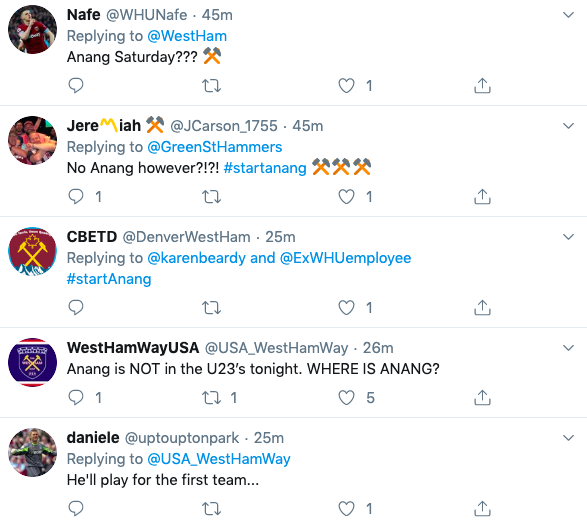 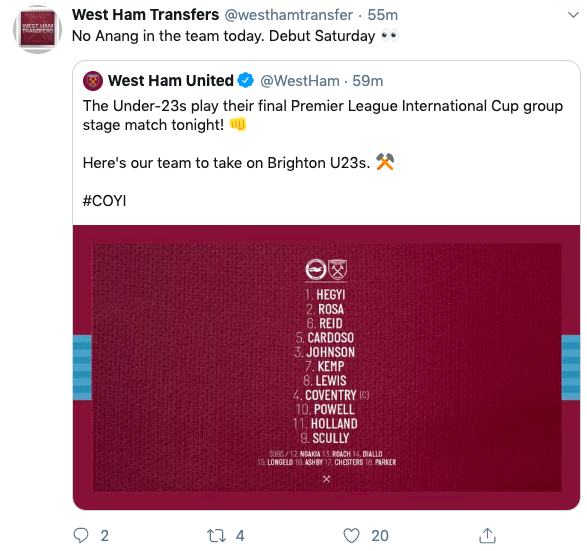 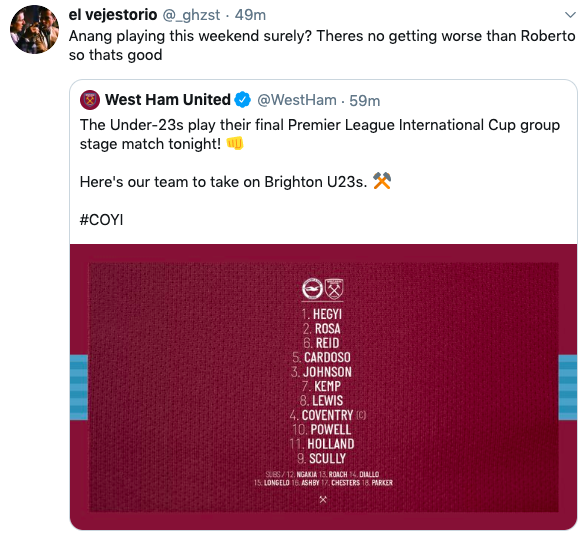 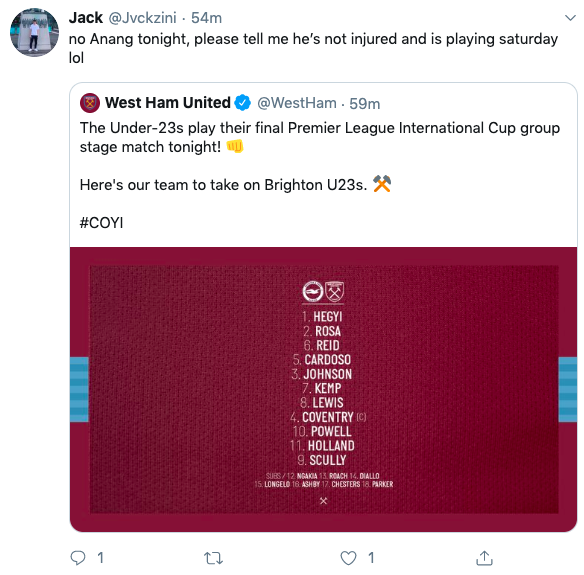 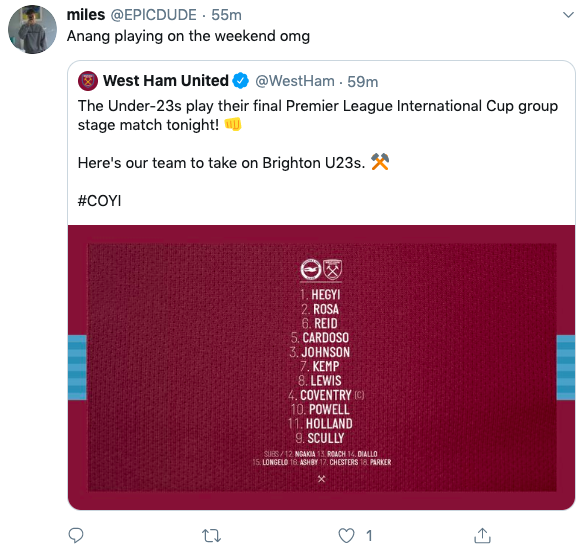