Ireland under 21s continued their fine form on Tuesday evening as they swept aside Sweden 4-1 to stay ahead of Italy in their European qualifying group. West Ham United’s Conor Coventry starred once again on the international scene in the heart of midfield. The 19-year-old is currently in a contract dispute with the Hammers, with Claret and Hugh reporting that the player’s representatives are asking for wages that are too high for a player without a Premier League appearance to his name. The tough-tackling midfielder proved once again on Tuesday that he is more than ready for a chance under Manuel Pellegrini, who could be without Mark Noble against Tottenham. West Ham under 23s are going from strength-to-strength this season, and the likes of Coventry and Nathan Holland have to be closing in on a spot in the senior side. Many West Ham fans seemed to agree, with the majority calling for him to be in the first-team, whilst some simply just wanted his contract sorted out, and quickly. 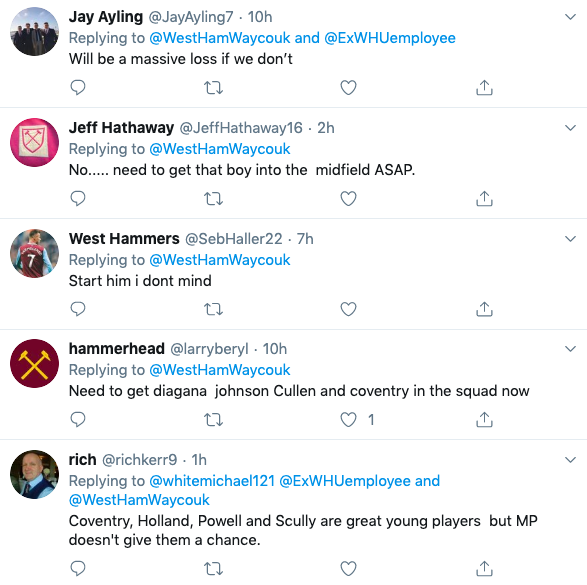 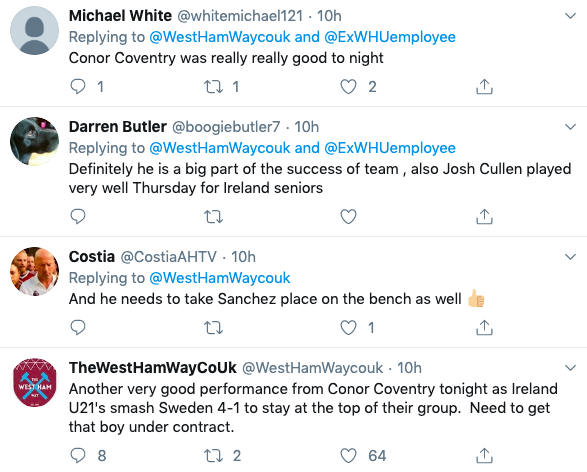