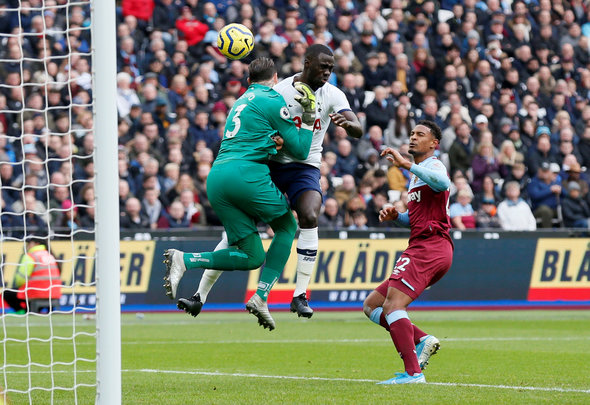 The 25-year-old struggled through another hugely dispiriting performance in the Hammers’ 3-2 defeat at the London Stadium, and Shearer certainly wasn’t impressed.

We can all make excuses for Haller and point to the fact that he’s been isolated up front and he’s not had enough support from midfield, but the fact is he was signed to score goals and he’s only done that once since August. He cost £40million for goodness sake, and so you have to do better than what he has offered of late, even if he hasn’t been provided with much ammunition. The statistics from Saturday once again show how ineffectual the Frenchman was. As per WhoScored.com, Haller had five shots against Spurs, but only one of them was on target. Furthermore, he didn’t produce a key pass or a successful dribble, while he was caught offside once and had three unsuccessful touches. He certainly wasn’t the cause of the Irons’ woeful defeat to Jose Mourinho’s side, but he’s not doing enough, and him being shrugged off the ball by Toby Alderweireld early on was evidence of that.