Schira: Agent of Everton will meet West Ham next week 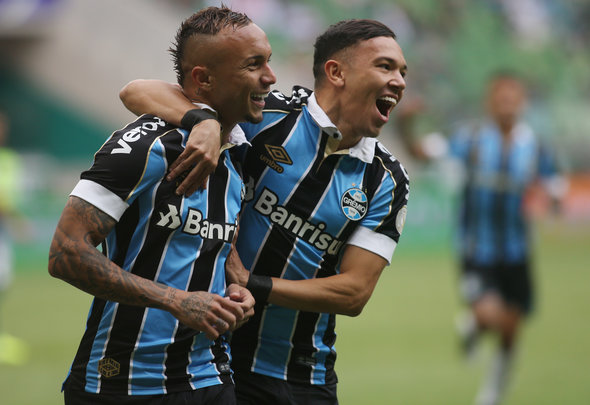 West Ham United will meet with the agent of Gremio playmaker Everton Soares next week, according to journalist Nicolo Schira.

The reliable Italian reporter claimed on his personal Twitter account on Saturday that the Hammers will meet up with the 23-year-old’s representatives in short order.

The east London outfit are thought to be very interested in the 14-cap Brazil international, who has scored 15 times and produced seven assists in all competitions this season [Source: Transfermarkt]. 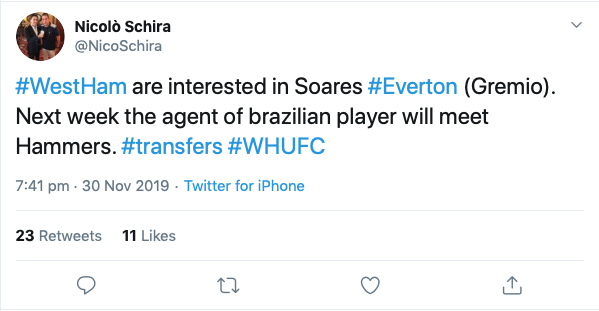 Is another playmaker really what West Ham need? There’s no doubt that the youngster is a very good player – he’s been linked with far bigger clubs than the Irons – but the same thing was said about summer signing Pablo Fornals. Speaking of Fornals, Manuel Pellegrini has him, Felipe Anderson, Andriy Yarmolenko, Michail Antonio, Robert Snodgrass, Manuel Lanzini, Jack Wilshere, Nathan Holland and Grady Diangana in the attacking midfield positions when everyone is fit and back from loan spells. To bring in Everton would be to hand himself – or the next manager – a big problem next season. However, there’s no disputing that Everton is a top, top player. The statistics from this season show that he is easily outperforming Fornals, Anderson and Yarmolenko. As per WhoScored.com, he’s managed more league goals and assists than the Hammers trio combined, while he is averaging more shots and successful dribbles than any of them. Furthermore, his average WhoScored rating of 7.37 puts him way out in front. He’s a great player, but maybe not quite what West Ham need right now. 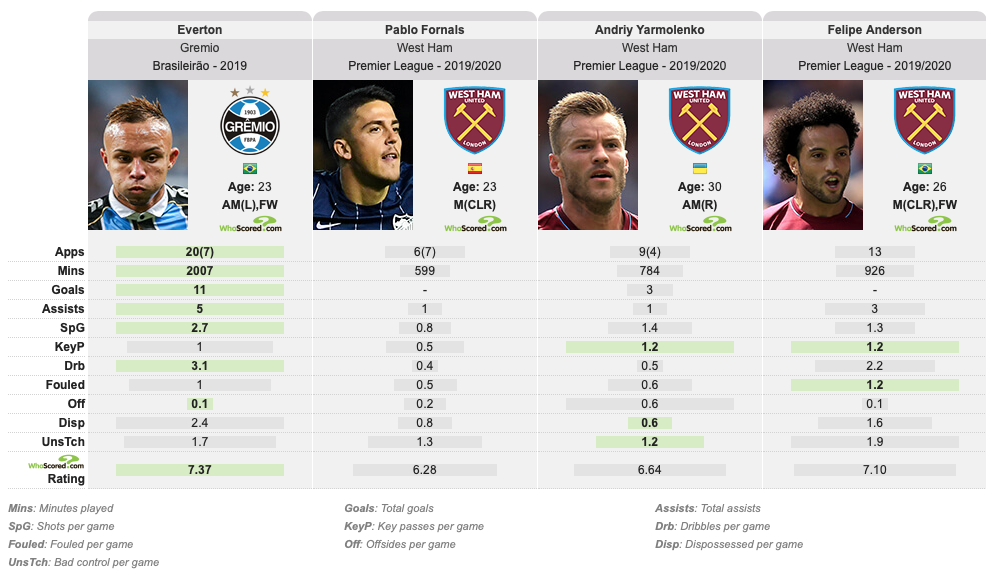