Robinson: Hugill could be an option 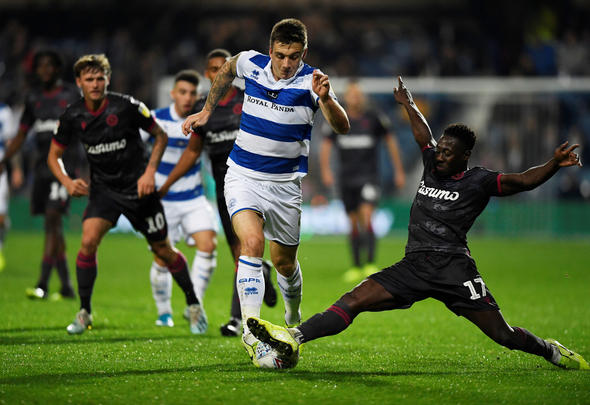 Paul Robinson has suggested that West Ham could still turn to loaned-out striker Jordan Hugill for goals in the future, and if we’re being honest, it may not be the worst idea in the world.

The 27-year-old failed to make an impression in east London during his time with the Hammers, and has subsequently spent the first half of this season on loan at Championship club QPR, where he has hit seven goals in 14 matches.

And Robinson believes that his form could lead to further opportunities down the line.

Speaking to Football Insider, he said: “When you go out on loan, what you can do is play to the best of your ability and score the goals like he’s doing.

“Should the club recall him…if they’re still short of goals it may be something they look at.”

Hugill really struggled during his time with West Ham, but stranger things have happened than him getting another crack of the whip in east London.

If we’re being honest, the Hammers are struggling at the moment, and they are lacking depth up top.

Sebastien Haller has been good so far, but he can’t do everything on his own, and Hugill, to his credit, has looked like a new player this term. With a goal every other game and an average of 2.6 shots per match, as per Whoscored, it is clear that he is getting and around dangerous areas to create and finish chances.

Even if it was just as an impact player coming off the bench, who’s to say that he couldn’t do something similar for the Irons?

Only West Ham and Newcastle have yet to see a substitute score a goal for them this season, and that lack of quality in depth is beginning to hurt them.