Robinson gets Anderson verdict spot on 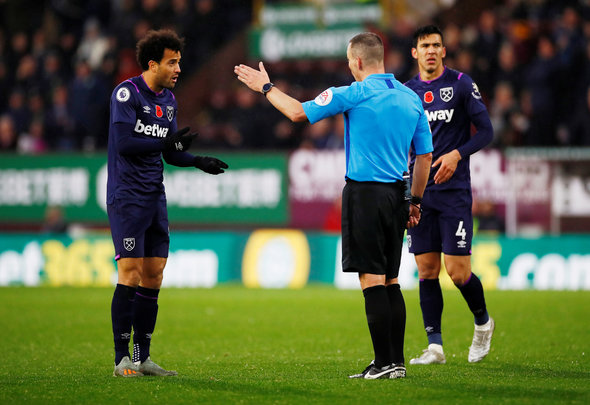 There’s no arguing with the fact that there are a whole host of West Ham United players who are failing to reach their top form at the minute.

Manuel Pellegrini’s have failed to win in seven games in all competitions, and capitulated in a 3-0 defeat to Burnley on Saturday. And one man who has really fallen by the wayside is playmaker Felipe Anderson.

The Brazil international was tremendous last season, but his form has dipped alarmingly this campaign. That’s certainly the view of former England international and current Sky Sports pundit Paul Robinson.

“I think at the end of the last season, he set himself a bar as his performances were outstanding, I don’t think he’s nowhere near reaching the same levels he did last year and this gives him the opportunity to have a run of games in the team,” he told Football Insider on Monday.

Robinson could not be more right, here. He is absolutely spot on to rip into Anderson, because the 26-year-old has been one of the most disappointing players in the Premier League this term.

The statistics from Saturday’s shocking defeat very much reinforce that viewpoint. As per WhoScored.com, the former Lazio man failed to produce a shot, key pass or successful dribble against the Clarets, while he had an unsuccessful touch as well.

His WhoScored rating of just 5.83 underscores how woeful he was on Saturday. Once again he didn’t produce anything of note, as the statistics show, and he seems to be devoid of the creativity that personified his game in his debut campaign at the London Stadium.

Anderson’s not the only West Ham man who has fallen below the standards they set last time out, of course, but the onus is now very much on him to improve after Manuel Lanzini’s big injury on Saturday.