Rice insists he and Winks aren’t in competition 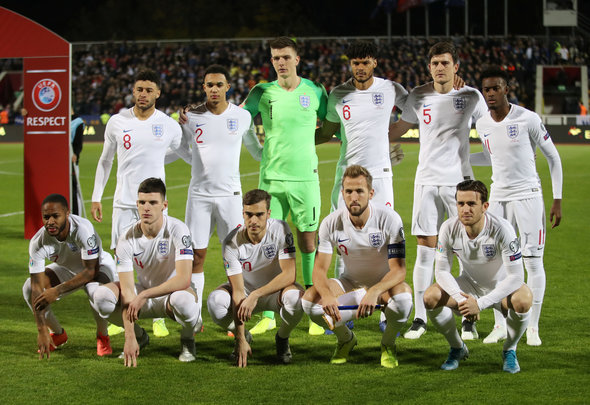 West Ham United midfielder Declan Rice has insisted that he isn’t in ‘competition’ with his England colleague Harry Winks.

The two men started in the same midfield in the Three Lions’ 4-0 win over Kosovo on Sunday, but are constantly compared to one another in regards to the holding midfield position in Gareth Southgate’s side.

Rice has hit back, though: “A lot of people of the outside see it [as] competition but I’m really good friends with Harry Winks and when he plays I’m happy for him,” he said, as per the Evening Standard.

“I played with him for the first time last night and we were speaking afterwards saying how much we enjoyed it. We were both want to keep the ball, keep it simple. To play with him last night and form that connection was good. It’s healthy.”

The Rice-Winks conundrum isn’t as cut-and-dried as most people would have you believe. First of all, it doesn’t necessarily have to be one or the other, as we saw on Sunday evening. The two operated in the same midfield, with Winks a bit more advanced than he is for Tottenham Hotspur, and it seemed to work pretty well. Winks got on the scoresheet, of course, while Rice protected the back four fairly nicely. Furthermore, the question of which one you play depends, oftentimes, on the opposition. If it’s a smaller nation like Kosovo where you can afford to go on the front-foot, then Winks is probably your guy to orchestrate things from deep. But when you’re playing the big teams, you’d probably want to pair Rice with an experienced head like Jordan Henderson. From a purely defensive point of view, when you look at the statistics from this season, the West Ham man is the runaway leader. As per WhoScored.com the 20-year-old outscores the 23-year-old in average tackles, interceptions and clearances per game. Winks, though, averages more passes, key passes and has a higher success rate than Rice. So it just depends what you want on a game-to-game basis. 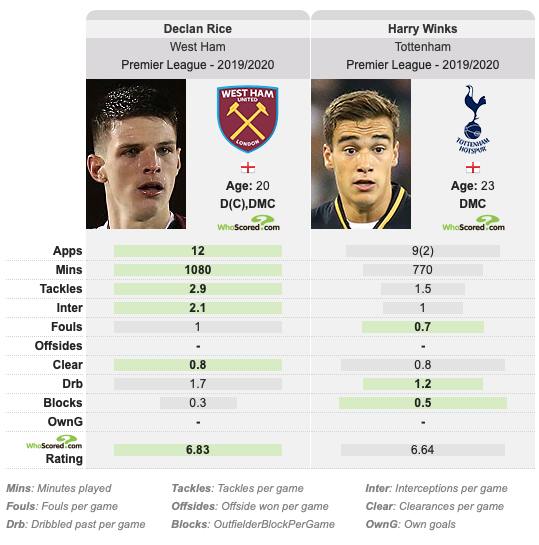