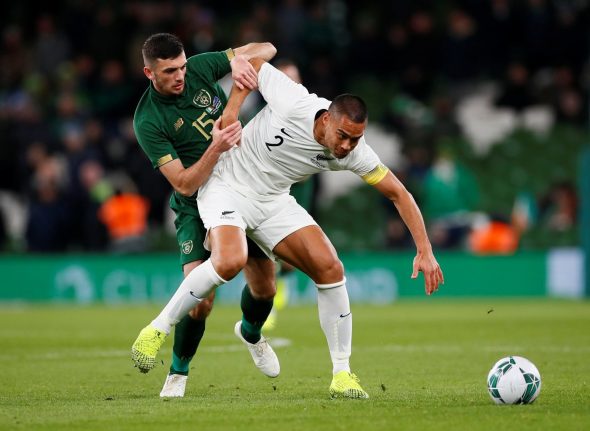 West Ham United defender Winston Reid has admitted that his return to action for New Zealand will not lead to him featuring against Tottenham.

The Hammers’ enforcer has been ruled out for almost two years and shared that Manuel Pellegrini and the club were happy to see him start the All Whites’ 3-1 defeat to the Republic of Ireland on Thursday.

“They understand where I have been for 17 or 18 months,” he told the New Zealand Herald.

“It’s been a long, long time and I don’t think my 45 minutes is going to put me into the frame for first team next week, but they were just happy for me to get back out there.”

Reid completed 45 minutes and was substituted with the scores level at the Aviva Stadium, and a report by Claret and Hugh on Saturday claimed that the defender will continue working with the under-23s.

No one would have believed that Reid will go straight back into the side against Tottenham, but a spot on the bench would have been believable given the form of the Hammers at this moment in time. Having not won since September in the Premier League, it would have been benefitial to have the experience of Reid in the matchday squad to help calm the nerves ahead of such a big game against their London rivals. The 31-year-old will instead continue with the under 23s and play for them a number of times before going back to the first team. Given that their last clean sheet was against Manchester United in their last top-flight win, the need for fresh faces is getting bigger each week, and Reid will now be chomping at the bit to get back in the first team, especially after getting a taste for competitive action in the international week. Reid will have to wait at least one more week after the Spurs game, with his return becoming more important as each game goes by.