Ogbonna must be baffled by Balbuena snub 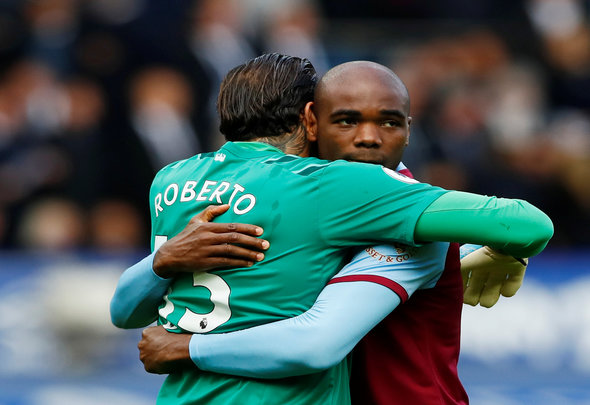 And while his choice of Pablo Zabaleta over Ryan Fredericks at right back has been highlighted as a particularly poor one, as has the decision to play both Declan Rice and Mark Noble against a creatively defunct Magpies team, it was another call the Chilean made that contributed massively to the shocking 3-2 defeat.

The decision to drop centre back Angelo Ogbonna for Fabian Balbuena was a suspect one against Sheffield United last weekend, but it was made to look awfully stupid on Saturday.

The Italian international has been one of the Hammers’ best players this season, yet Pellegrini has seemingly decided to drop him for Balbuena on a whim, despite Issa Diop being worse than Ogbonna this term.

The 28-year-old kind of justified the decision against the Blades, but he made a mockery of it when taking on Steve Bruce’s side. He was pulled this way and that, looking panicky from start to finish and failing to help the dreadful Zabaleta next to him.

The Paraguayan got a goal back late on, but that wasn’t enough to excuse a senseless selection from Pellegrini. When you compare how Balbuena and Ogbonna have performed this campaign, Pellegrini’s favouring of the former becomes all the more baffling.

As per WhoScored.com, Ogbonna is beating out Balbuena in average tackles, clearances and blocks per game, while he is making less fouls, drawing more offsides and being dribbled past less often.

His average WhoScored rating of 6.94 is way ahead of Balbuena’s tally of 6.39, proving that he is the better choice alongside Issa Diop. Pellegrini, though, appears to disagree.

The former Juventus man will surely have been fuming watching his teammate’s performance on Saturday. He will be as confused as the rest of us as to why he’s being left out.