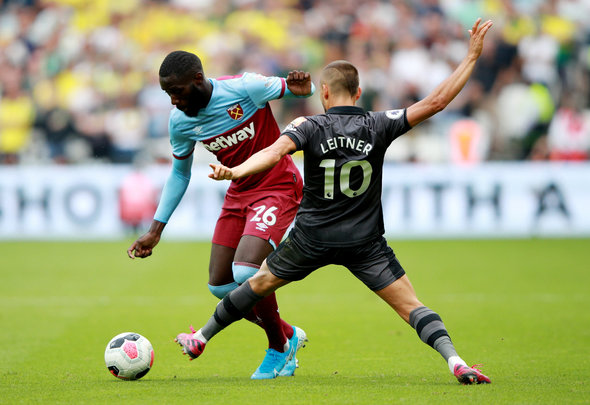 West Ham United left back Arthur Masuaku is ‘more than happy’ at the club, despite speculation to the contrary, according to Claret & Hugh.

The reliable Hammers news source claims that the 26-year-old is perfectly content to stay where he is and to continue his battle for game time with Aaron Cresswell.

This comes after Football Insider reported on Thursday that the DR Congo international had held showdown talks with manager Manuel Pellegrini over his recent lack of game time.

However, Claret & Hugh’s report dismisses that as ‘wildly inaccurate’, with a club source claiming there is no problem between Pellegrini and Masuaku.

Well, this is terrific news for anyone of a West Ham persuasion. Masuaku has enjoyed a largely terrific season, but has found game time hard to come by of late with Cresswell also doing pretty well. It wouldn’t be inconceivable that he would have gone to Pellegrini to discuss his lack of game time, as Claret & Hugh’s report suggests, but ultimately he is seemingly happy at the club and content to fight for his place. That’s the attitude that all managers hope to see in their players, and it suggests that Masuaku is a good egg worth being kept hold of. Pellegrini needs to juggle all his players, but it would be no surprise if those who aren’t playing regularly came forward to ask for more game time with those selected ahead of them performing so badly at the moment. That’s what happens when you’re going through the awful run of form that West Ham are.