Martin a contender to start on Saturday 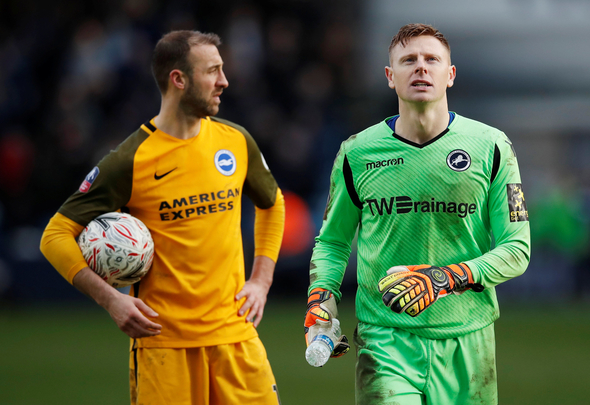 West Ham United goalkeeper David Martin is now a genuine contender to start between the sticks against Chelsea on Saturday, according to Football Insider.

The summer signing has yet to play for the east London outfit, but due to how poor Roberto has been in relief of first choice Lukasz Fabianski, he could get a look-in against the Blues.

The third choice shot-stopper has been given a more prominent role in training by manager Manuel Pellegrini of late, and the Chilean now feels he is a legitimate option for Saturday.

It would be borderline criminal if Martin wasn’t at least being considered to start in goal against Frank Lampard’s side. Roberto has been truly horrific since coming into the team, and is a big part of the reason why the Hammers have now failed to win in eight games in all competitions. He was woeful once again against Tottenham Hotspur last time out, failing to convince with his distribution and his command of his penalty area, while he didn’t do enough to prevent Son Heung-min or Harry Kane’s goals. Martin isn’t a top class ‘keeper, let’s not kid ourselves, but he is an experienced one. He has done it over many years at both League One and Championship level, while he has been a consistent number one in his career, something which cannot really be said for Roberto. This is a move Pellegrini simply needs to make. Roberto is threatening to undermine his entire West Ham tenure, so the Englishman needs to be a very real option for Saturday.