Many fans in awe of Cullen v New Zealand

With West Ham United’s current midfield dilemma, it is a good moment for some of their under-the-radar stars to start putting a foot forward to potentially stake a claim to be in Manuel Pellegrini’s side. With the likes of Mark Noble, Jack Wilshere, and Manuel Lanzini injured, there is a real chance some younger options could be given the nod. Josh Cullen is currently out on loan at Charlton in the Championship and has really caught the eye. The young Irishman was given the chance to sit in midfield for Mick McCarthy’s Republic of Ireland against New Zealand on Thursday, and he took that opportunity with both hands. Cullen ran the game in possession and would have surely grabbed the attention of Pellegrini, who would make a good call by potentially recalling the youngster. Many fans took to Twitter to gush about the Irish midfield, and that mounting praise clearly shows that the Hammers have a great player on their hands for this season and many campaigns to come in the future. 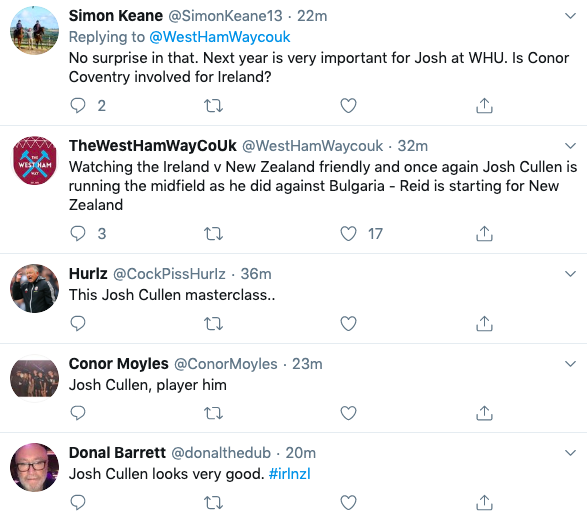 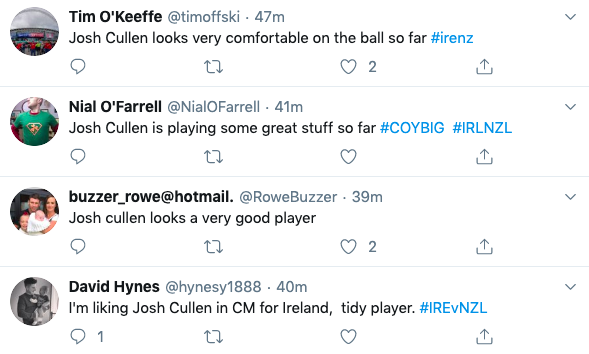