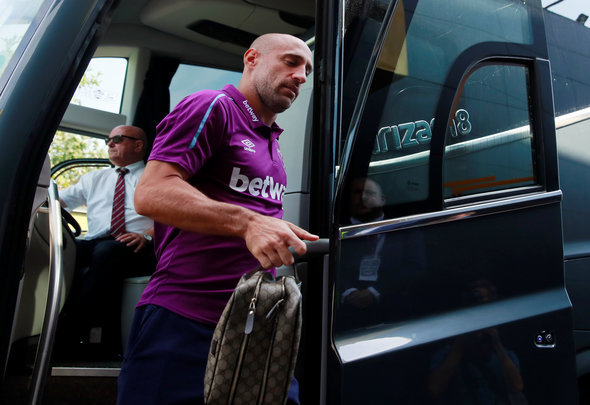 West Ham United right back Pablo Zabaleta has ‘probably’ played his last Premier League game for the club, according to journalist Sam Inkersole.

The 34-year-old has come into the team for the last two games, but was given the run around by Newcastle United winger Allan Saint-Maximin on Saturday.

Inkersole feels his time is up: “To the surprise of many, [Manuel] Pellegrini named an unchanged lineup for this one and it was doomed from the start,” he wrote on the Football London website.

“Pablo Zabaleta was ran ragged by Allan Saint-Maximin an[d] has probably played his last game in the Premier League barring an injury to [Ryan] Fredericks.”

It was absolutely bizarre to see Zabaleta’s name in the starting line up on Saturday. Yes, he did OK against Sheffield United the previous week, but every man and his dog could have told you he was going to be going up against one of the quickest wingers in the Premier League in Saint-Maximin on Saturday. Pellegrini kept faith with him, though, and he was punished badly for it. The Frenchman absolutely destroyed the veteran right back. Fredericks, on the other hand, is one of the most rapid full backs in the top flight – why was he not selected? When you compare the two mens’ performances this campaign, there’s no doubt who has been better. As per WhoScored.com, Fredericks beats out Zabaleta in average tackles, interceptions, clearances and blocks per game. Furthermore, he draws more offsides and has a higher average WhoScored rating with 6.73 compared to Zabaleta’s 6.25. It was a no-brainer of selection dilemma on Saturday, and Pellegrini undoubtedly picked the wrong man. Will Zabaleta play again in the league for West Ham? It’s a long old season, so probably. But Fredericks must be first choice moving forward. 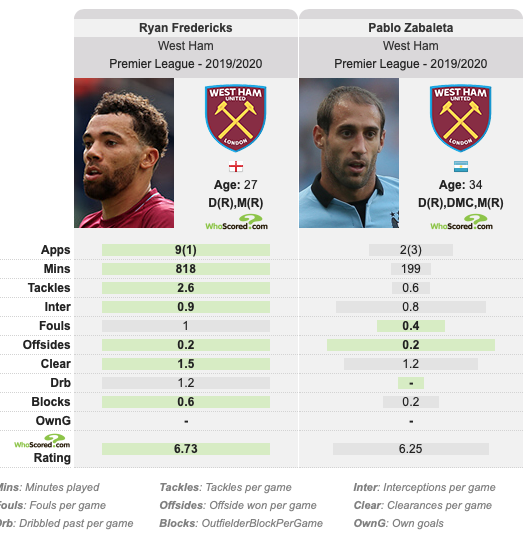