Gomez admits there was ‘talk’ of West Ham move 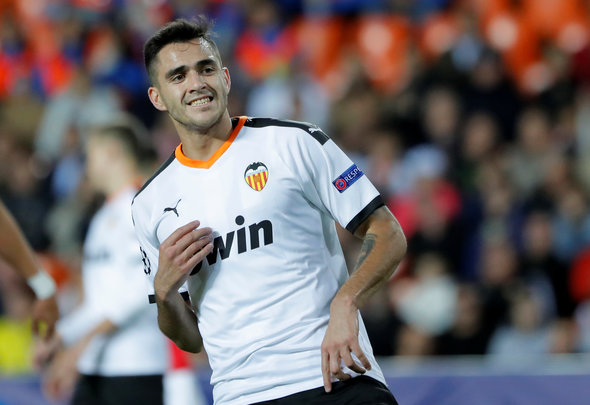 Valencia striker Maxi Gomez admits there was ‘talk’ about a move to West Ham United last summer, before he opted on a switch to the Mestalla.

The Uruguay international was touted with a London Stadium switch for what seemed like months on end, but eventually he made the move from Celta Vigo to their La Liga rivals.

Now, he has lifted the lid: “There was a lot of talk of lots of clubs in the summer,” he said, as per the Daily Mail. “There was talk of Barcelona, of England too, but I was relaxed.

“I left it in the hands of my sister, my family. They were the ones who handled it all with my agents. There was a lot of talk of West Ham, which is a big club in England. But the truth is that when I found out about Valencia, I didn’t hesitate: because of the language, the league, the club, it’s very big, and I am glad I made the decision to come here.”

The Gomez saga is one that dragged on from January all the way through into the summer, with the Uruguayan looking like he was certain to be joining the Hammers on several different occasions. In the end, however, he ended up at Valencia and West Ham brought in Sebastien Haller. You can make up your own mind on how that worked out for Manuel Pellegrini’s side. To be fair to Gomez, he’s done alright since joining Valencia. He’s bagged six goals and one assist in 17 games in all competitions for Albert Celades’ side [Source: Transfermarkt]. That’s not sensational, but it’s not bad either. Plus, at 23 years of age, he’s only going to get better in the years to come. You do get the sense that he was West Ham’s number one striking target, and that they almost settled for Haller. It became clear that Gomez, as he says, wanted to go to Valencia rather than undergo the upheaval of a move to England. That’s fair enough, and it seems like it’s worked out for him.