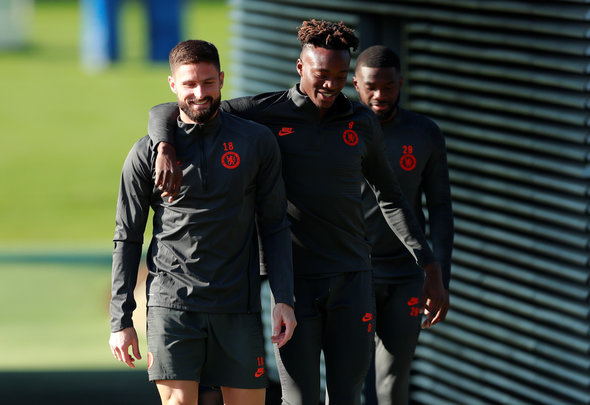 It’s no secret that West Ham United have struggled in the attacking third this season. The loss of two many attackers for the addition of only two has left the Irons somewhat lightweight up top.

It’s no surprise, then, that the Hammers are reportedly plotting a January swoop for Chelsea striker Olivier Giroud. Football Insider claimed on Saturday that Pellegrini and co. have the 33-year-old, on a reported £110,000-per-week [Source: Spotrac], high up on their list of January targets.

Surely the east London outfit have lost their senses. A move for Giroud would not only be financially irresponsible after the club did so much work to reduce its wage bill last summer, but it would likely actually worsen the striking situation at the London Stadium.

Giroud has barely played this campaign, so it would be unfair to compare him to Haller this time round. However, if we look at what he did for the Blues last time out and compare it to his fellow Frenchman’s displays this term, there’s no arguing with the fact that he is – at this stage of his career – simply a worse version of Haller.

As per WhoScored.com, the 25-year-old has already scored more Premier League goals than Giroud did last time out, while he is averaging more shots, key passes and successful dribbles per game.

Furthermore, Haller is being more fouled more than Giroud was, showing that the opposition are paying him more attention, presumably because he’s more of a threat. Plus, his average WhoScored rating per outing of 7.37 is way ahead of Giroud’s tally of 6.43.

Haller does need a strike partner up front, but not a frontman who is so similar to him. He thrived at Eintracht Frankfurt with the quick, mobile Luka Jovic up front alongside him. With Giroud, they would simply end up going for the same balls.

No, this is a move best left alone. While it looks great on paper, the Hammers would simply be left bemoaning their wasted cash if they bring Giroud in.