ExWHUemployee: Howe could be interested in West Ham role 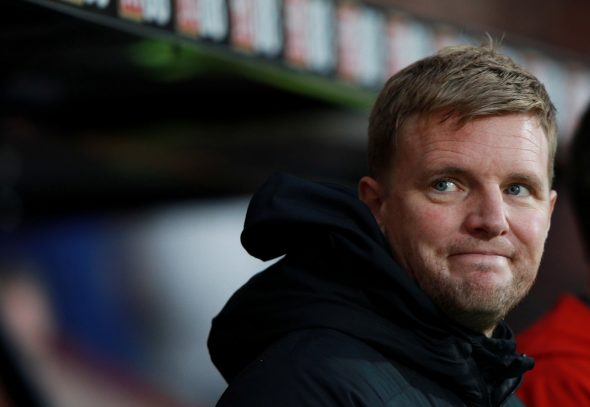 The reliable club source claimed on Sunday evening that Howe could be interested in taking the role at the London Stadium should the Hammers decide to part ways with Pellegrini this season.

ExWHUemployee reported on his personal Twitter account that Howe could join the list of targets that currently includes the likes of Chris Hughton and Rafael Benitez [Source: The Guardian]. 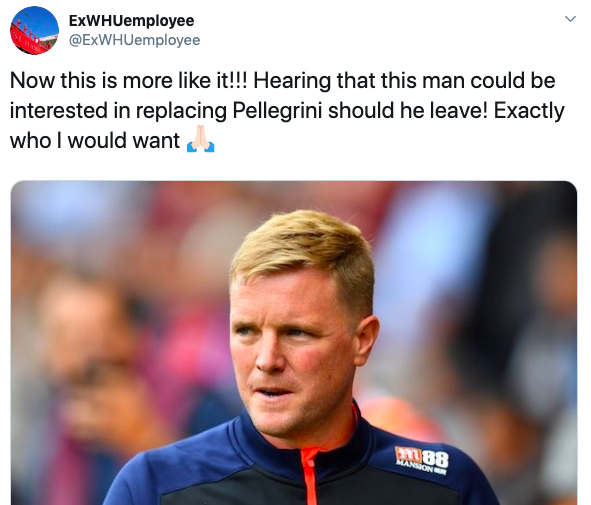 It is suggested in the same report on the Guardian website that pressure is starting to mount on Pellegrini after Saturday’s disappointing 3-2 defeat against Tottenham.

This would be a sensible decision to make by the West Ham board should they eventually make the decision to part ways with Pellegrini. The South American can’t have many complaints if he is shown the exit door in the near future, and not just because of the embarrassing display against Spurs. It has not been good enough since September, and you can’t blame just the absence of Lukasz Fabianski on not being able to take three points, but more the fact that his tactics aren’t right. Howe has established himself as a Premier League manager with Bournemouth, and on a small budget has managed to cement the Cherries as a side who are consistently pushing for the top half despite recent results. Howe might believe he has taken his current side as far as he can, and a new challenge at the London Stadium with a bigger budget could bring the best out of him, after all, what have West Ham got to lose.