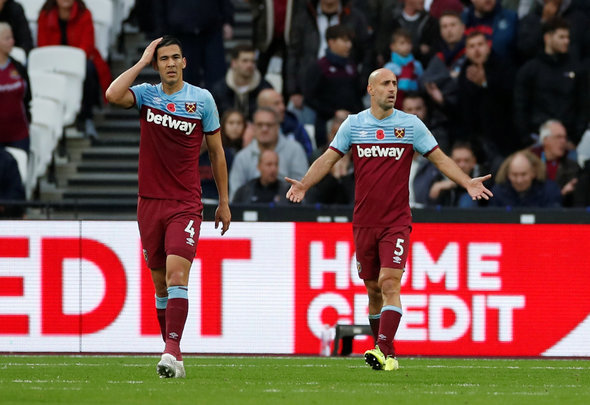 The Argentine struggled to cope with the pace of the Newcastle United winger throughout the 3-2 defeat, but Durham believes that manager Manuel Pellegrini must take his share of the blame.

Speaking on talkSPORT, he said: “I’ve still got that image of Zabaleta chasing Saint-Maximin, and it’s quite humiliating for Zabaleta.

“We all know he’s not quick, we all know he’s coming to the end of his career, so why put him in that position? Maybe Pellegrini hasn’t done his homework.

“Zabaleta was embarrassed by a player who’s much quicker than he is – it has to go down to the manager’s selection.”

It’s hard to argue with Durham on this one. After all, Zabaleta was run ragged by Saint-Maximin on Saturday, so much so that it was hard not to question how much longer he can play at the top level. Of course, he won’t be the only player who gets put to the sword by Saint-Maximin’s frightening pace this season, but this was such a horrendously one-sided affair that you had to feel sorry for the South American. He didn’t manage a single tackle all game, as per Whoscored, while Saint-Maximin was able to produce five successful dribbles, as per Whoscored. Most baffling of all, however, was the fact that Pellegrini insisted on keeping Ryan Fredericks on the bench for as long as he did. Why he didn’t start the English full-back is a mystery in itself, but he saw fit to then wait until deep into the second half to make a switch is even more concerning. Questions have to be asked of the Chilean.