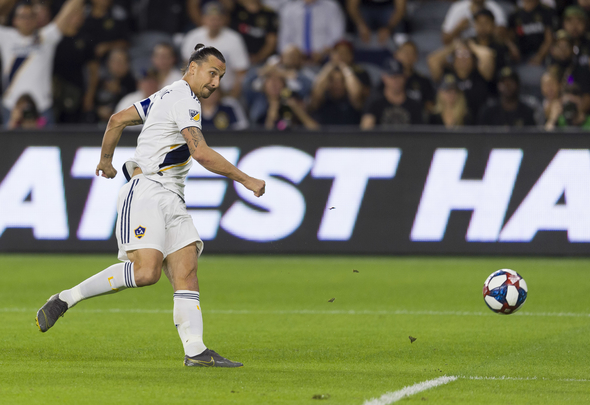 The former Hammers’ midfielder was responding to a tweet suggesting that his old side should offer the Swedish star a deal worth up to £200,000-a-week just to secure his services until the end of the season.

Collison was clearly excited by the potential of a deal and was left imagining the former Barcelona and Manchester United forward running out at the London Stadium in the Premier League. 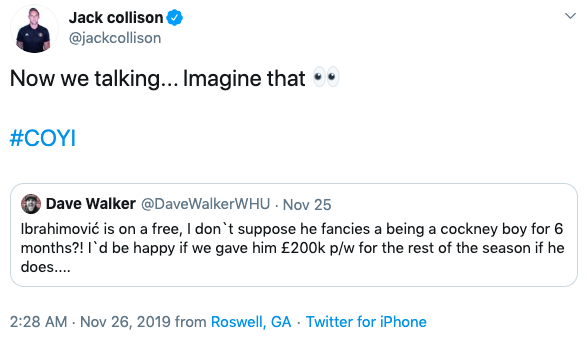 Ibrahimovic has also been linked with a move to London rivals, Tottenham, but Jose Mourinho recently rubbished those suggestions [BBC].

Collison will be joining West Ham fans in dreamland if he really believes that Ibrahimovic would agree to a move to the Irons, who are currently battling relegation, never mind European qualification. Hammers fans went wild for the Swede and urged their club to sign him recently, and that in simple terms is never going to happen. The global superstar is at a stage of his career where he doesn’t exactly need to play ever again, so it would be more than strange to see him running out at the London Stadium. On top of that, both David Gold and Sullivan would never dream of sanctioning a deal worth that sort of money, especially after smashing their transfer record to sign another forward, Sebastien Haller in the summer. Collison should not get carried away with anything to do with this, with the former Hammers’ star having to settle for seeing Ibrahimovic in his imagination, just as he suggests in his tweet.