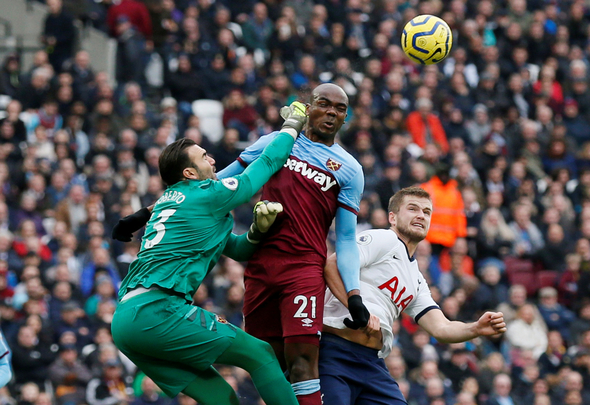 The Spaniard has struggled since stepping into the breach in place of the injured Lukasz Fabianski, and hardly covered himself in glory with another shaky display against Tottenham on Saturday lunchtime.

And speaking on talkSPORT, Brazil admitted that he was less than impressed with the 33-year-old.

He said: “I saw the fella first hand on Saturday.

“I watched him, I watched him closely cause I don’t like when people are under pressure, but dear oh dear.

“Roberto – take the O away, Robert, and the nickname for Robert is Bob – he’s two Bob.

These are harsh words from Brazil, but you can’t really disagree with him. Roberto has stumbled from one disaster to another since being called upon to deputise for Fabianski, and his outing against Spurs was hardly watertight either. Aside from the customary moments of panic and confusion, Roberto also looked suspect for Spurs’ first and last goal too. The opener was hit with pace but essentially passed straight through him, while Harry Kane’s eventual winner bounced awkwardly, granted, but was still pretty much central. The Spaniard is averaging 4.7 saves per game, as per Whoscored, and there are definitely worse records than that in the league, but his proclivity for errors makes him too much of a liability, and the sooner he can be relieved of his duties, the sooner we might see the Hammers begin to climb up the Premier League table.