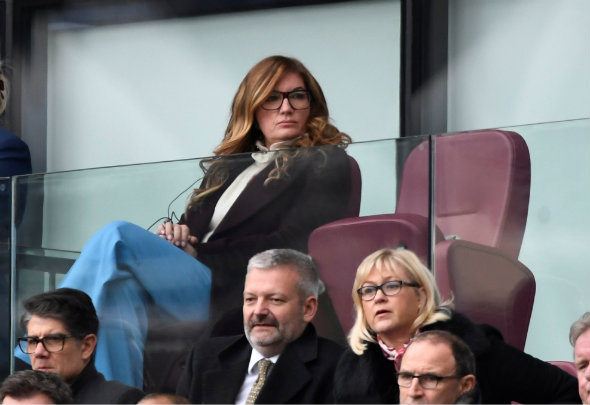 The Chilean and his side are winless in seven in the Premier League, and face Chelsea on Saturday afternoon in a must-win game.

But Brady has insisted that Pellegrini still has backing from the board in east London.

Writing in a column for The Sun, she said: “Manuel Pellegrini is a proven winner in this league with an unshakable determination.

“Everyone is behind him to bring about a change of fortunes and we all know he and the team are capable of doing just that.

“We have a strong squad having invested £200 million in the past 18 months and have proved, not that long ago, that we can beat any team on our day.”

You can’t help feeling that you have to take this with a pinch of salt. That’s not to say that Brady is lying, but rather that she has to present a united front in public, and therefore cannot reveal the full extent to which Pellegrini may or may not be under pressure. What you would have to say is that the Hammers’ current form is unacceptable, and that something has to give sooner rather than later. If they fail to pick up all three points against Chelsea on Saturday – and at this stage it would be a shock if they did – then Pellegrini’s position would surely be regarded as extremely precarious. As for whether the Irons can beat anybody, as Brady claims, that may well be the case on paper, but right now, with confidence and belief at all time lows, it’s difficult to see how they could hope to pick up three points in any way, shape, or form.