Balbuena may have done enough to see off Ogbonna v Newcastle 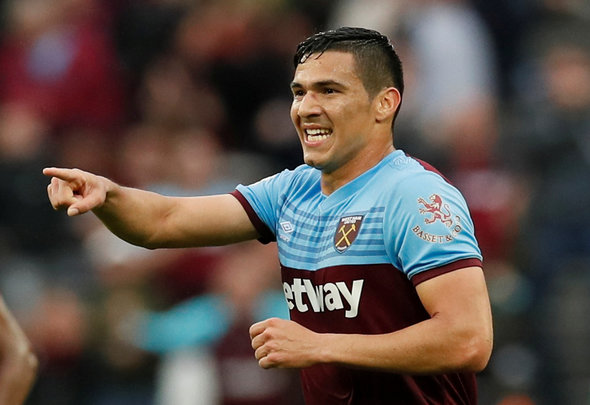 West Ham United centre back Fabian Balbuena may have done enough against Sheffield United to keep his place ahead of Angelo Ogbonna, according to Claret & Hugh.

The reliable Hammers news source claims that the 6ft 2in Paraguay international [Source: Transfermarkt] will likely start alongside Issa Diop at centre back once again against Newcastle United on Saturday.

The 28-year-old was surprisingly handed his second start of the Premier League season at the Italian’s expense for the 1-1 draw with the Blades last weekend.

And he appears poised to keep his spot in the line up, despite manager Manuel Pellegrini declaring this week, as per Football London, that he is ‘happy’ with Ogbonna.

It was a strange decision, on the face of it, for Pellegrini to drop Ogbonna last time out. The Italian international has, by all accounts, been one of the Hammers’ better players so far this campaign. Balbuena, on the other hand, put in a woeful performance against Manchester City on the opening day. However, perhaps the Chilean felt that he needed more defensive solidity after a couple of defeats in a row. While he did kind of get that, they only conceded one against Chris Wilder’s side after all, was it enough for Balbuena to keep Ogbonna out? The statistics suggest the answer to that question should be no. As per WhoScored.com, the 31-year-old is averaging more tackles, clearances and blocks per game than Balbuena this term. Meanwhile, he is drawing more offsides committing fewer fouls and being dribbled past less often. His average WhoScored rating of 6.94 is also way ahead of Balbuena 6.06.  Obviously the Paraguayan has played far less football, but it’s still strange that he might keep Ogbonna out again on Saturday. 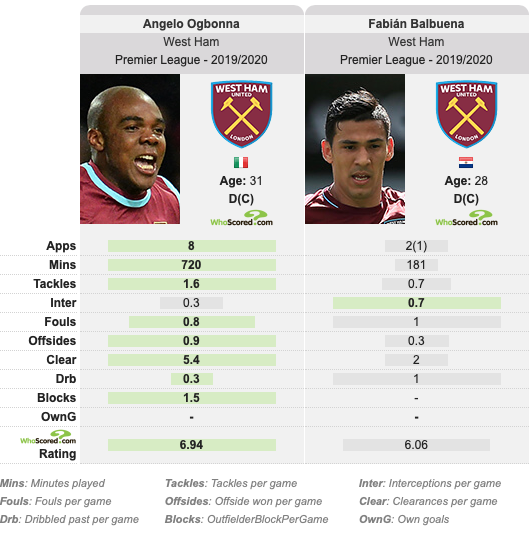