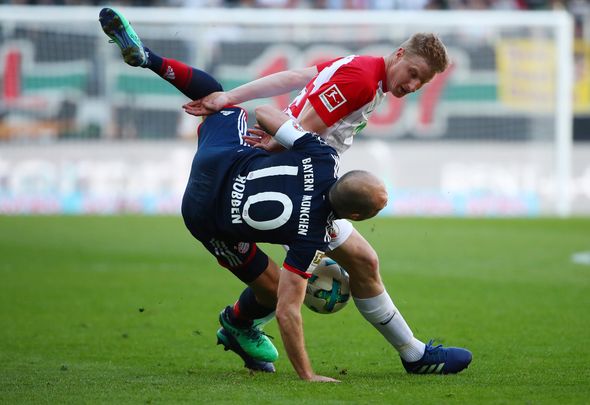 West Ham United are currently crying out for more goals in the Premier League.

Record-signing Sebastien Haller is starting to get more isolated on a weekly basis for the Hammers, and Manuel Pellegrini needs to start thinking of a system switch that could benefit the Frenchman.

Given the form of the likes of Issa Diop and Angelo Ogbonna, the West Ham defence doesn’t usually come up for much criticism, but it appears like Pellegrini is not exactly delighted with the way they have started.

The Chilean looks set to add a defender to his ranks in the January window, with latest reports suggesting a couple of targets that could arrive at the London Stadium.

Football Insider have reported that West Ham have joined the hunt for Eintracht Frankfurt defender Martin Hinteregger, who is firmly on their radar and would be available from the Bundesliga side for £22million.

The 27-year-old is regarded as one of the best defenders in the German League, after playing in all 12 games this season and scoring four goals.

The reputable football outlet have now claimed that Arsenal have joined the race to sign the Austrian international, and hope to beat the Hammers to his signature in the January window.

It is suggested that the Gunners are set to ramp up their interest in the Frankfurt enforcer, as they would like to bring two new defenders to the Emirates Stadium.

West Ham could face potential heartbreak in January should they miss out, but it won’t be the end of the world – with attackers surely more important in East London right now.

With Hintereggers four goals in all competitions this season, he would be the Hammers’ second-top scorer, and if that doesn’t prove they should look further up the pitch, then the West Ham faithful could be looking at a long season.

The 27-year-old has only averaged 1.6 clearances per game according to WhoScored, numbers that Ogbonna can almost triple after the first few months of the campaign.

West Ham could face heartbreak by missing out to Arsenal, but they should be able to recover quite quickly and forget about it given their strength at the back.