Allardyce: I turned down Vardy 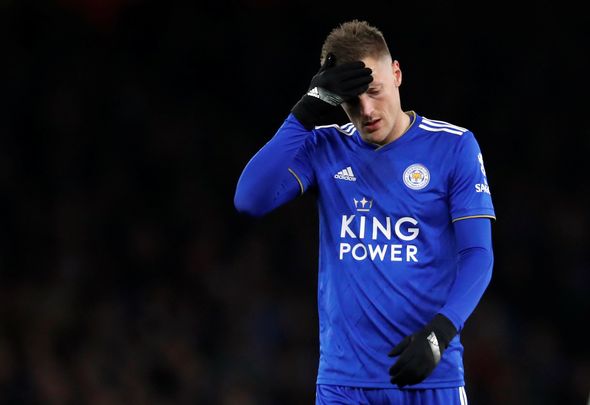 Sam Allardyce has revealed that he turned down the chance to sign Jamie Vardy during his spell as West Ham manager.

The Leicester City hitman is currently top scorer in the Premier League, and has hit 90 overall during his time in the top flight but Big Sam failed to get a deal over the line after he had reservations over Vardy’s ability to adapt from non-league football.

Speaking on talkSPORT (November 5th, 9.30am), he said: “[Then-Fleetwood manager] Micky Mellon rang up and said ‘give us £1 million, it will be the best signing you’ve ever made’.

“I tell you now, that was quite a lot of money for a non-league player then.

“I just wondered whether Jamie could jump out of the conference [straight to the Premier League] so I didn’t do it.

“I went to David Sullivan and he went; ‘non league player, a million pounds? Will he go straight in your team?’.

“I’ve been kicking myself ever since.”

What a howler this is from Big Sam. To be fair, nobody could really have foreseen how brilliantly Vardy has become in the years since he arrived in the Premier League, but nonetheless, this is the kind of thing that will give a manager sleepless nights. The 32-year-old is a goalscorer through and through. His old school style of centre-forward play, relying on his pace and cunning to outfox defenders, and there aren’t many teams in the Premier League who wouldn’t kill to have him leading the line. With 10 goals from just 22 shots so far this season, as per Whoscored, there can be little doubt about just how potent he is, and having come from the non-leagues for a relatively tiny fee, he must surely go down as one of the smartest signings of recent times. As for West Ham fans, they must be daydreaming about what might have been.