West Ham attacker Michail Antonio sent a six-word tweet, via his verified Twitter account, to provide an update on his recovery and it went down a treat. The Hammers senior player is currently stuck on the sidelines with a hamstring injury, that he picked up in the 2-0 win over Newport County, and according to Claret & Hugh he is aiming to be fit enough to feature for Manuel Pellegrini’s side at the end of November. When you consider that will be a potentially fast recovery, Antonio made it clear via his Twitter that he is going all out to get back as he stated “No stopping my recovery, giving it everything” and all it did was make many West Ham fans admit they miss him. One Hammers fan claimed the side needed him “ASAP” while a couple of supporters made it clear they wanted him back but asked him to be careful as they don’t want him returning too quickly and getting injured. When you consider Antonio’s injury record, you do hope he is cautious as the last thing he needs is to return only to end up back in the medical room. The 29-year-old had three separate injury problems in his 2017/18 season which caused him to miss 24 games, as per Transfermarkt, and while he regularly featured last season, you can’t help think that he is suspectable to injuries. 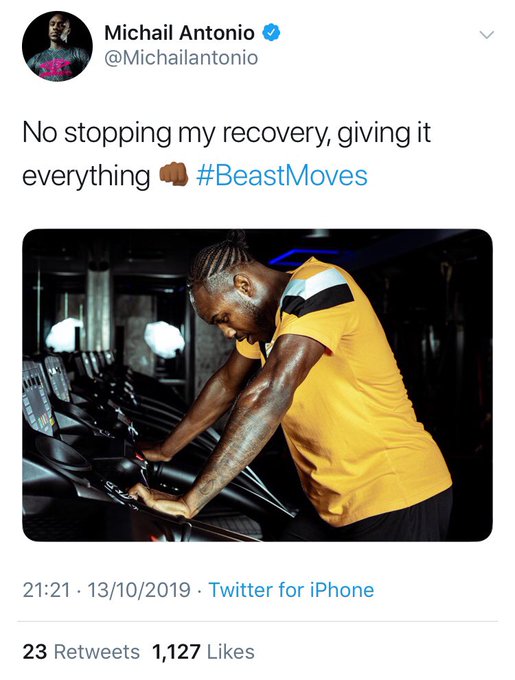 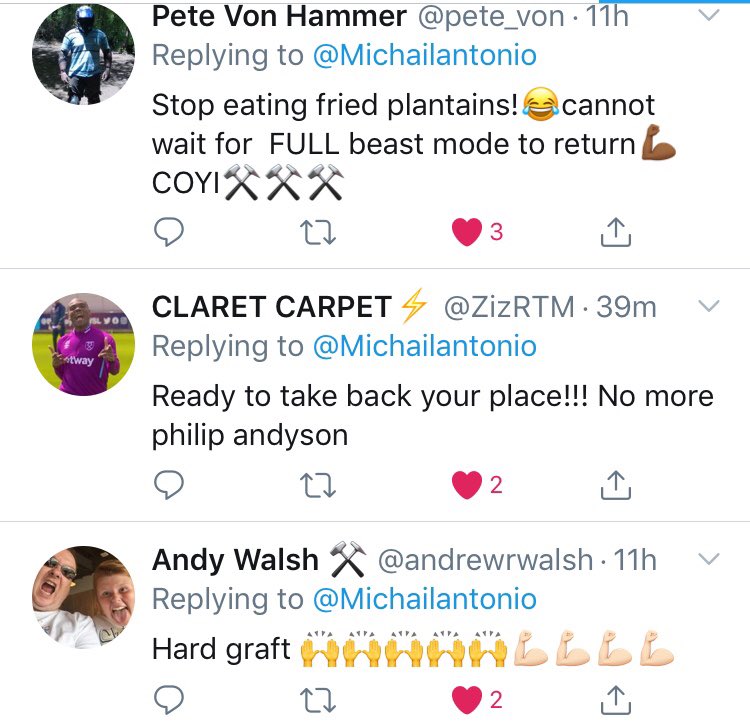 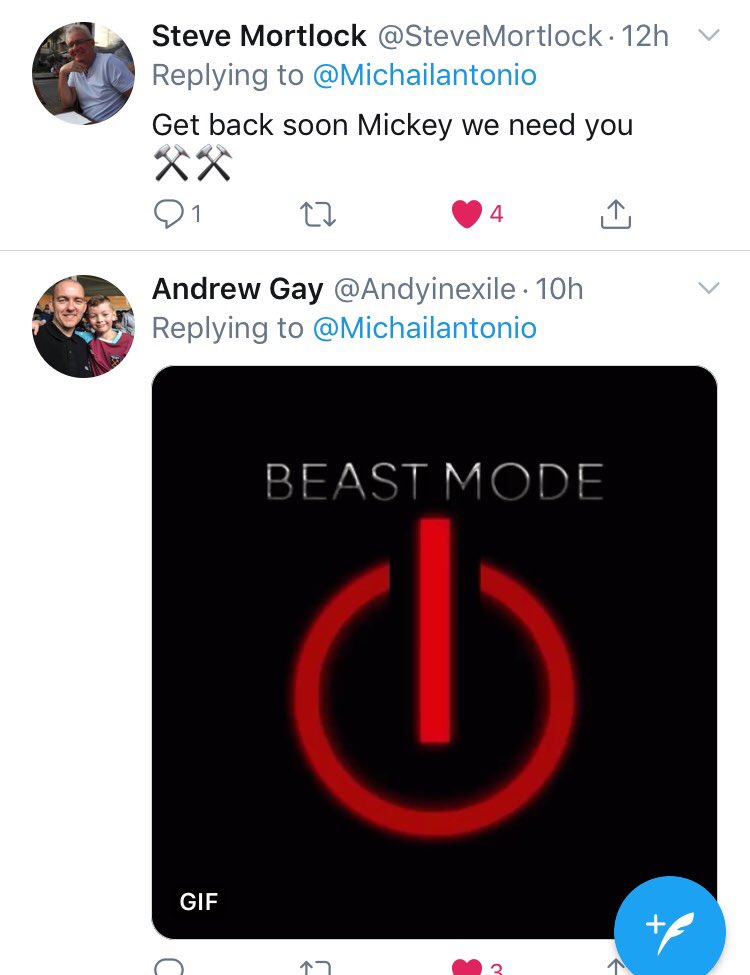 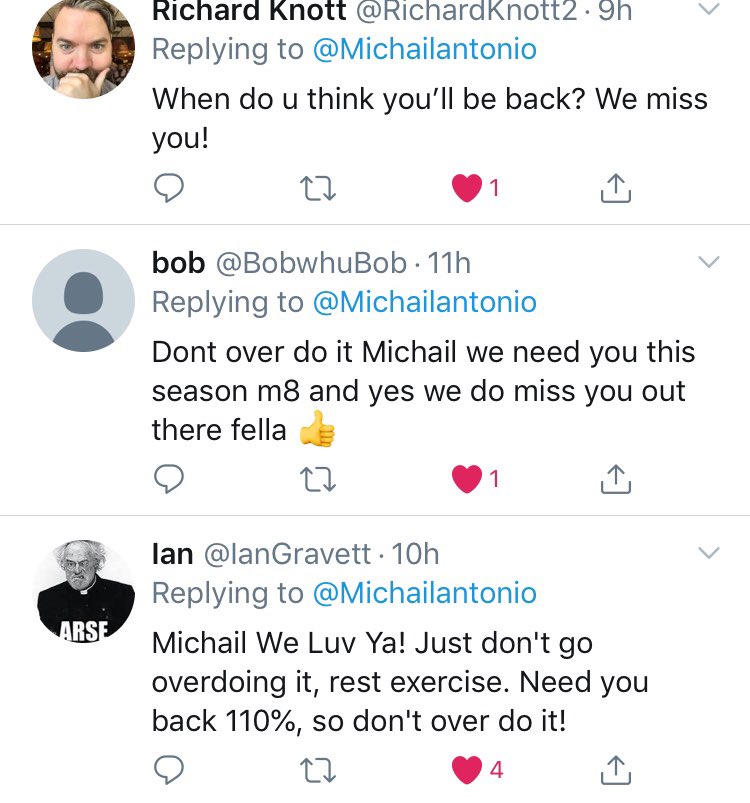 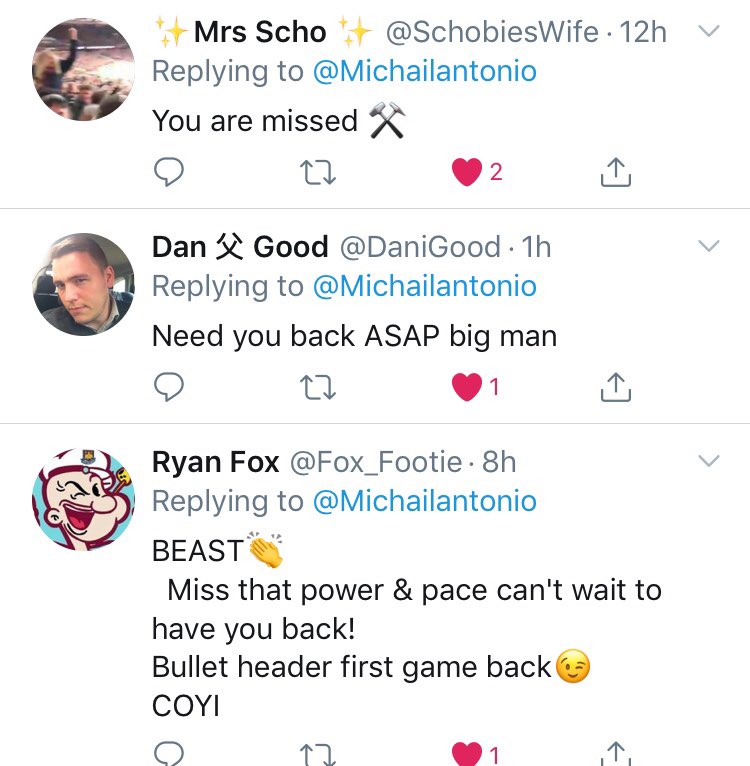