Some West Ham fans drooled over attacker Andriy Yarmolenko after he lit up the first-half of his side’s clash with Crystal Palace on Saturday. The Hammers may have gone into the break against Palace with the scoreline 0-0, but it’s clear that some Hammers supporters believed they had a reason to be cheery. One West Ham fan claimed Yarmolenko was unplayable at the minute, while another described him as an absolute baller. Given that the game’s first-half wasn’t exactly filled with beautiful exciting football by either side, Yarmolenko’s performance stood out even further. The Ukranian winger constantly did neat passes to set his side on the attack and he even played an inch-perfect cross into Sebastien Haller, which the Frenchman somehow failed to turn home. Yarmolenko being the Hammers best player in the first 45 minutes of Saturday’s clash didn’t really come as a surprise as he has been in red-hot form more often than not this season. The 29-year-old had scored three goals in six league outings ahead of facing Palace and has proven to be a constant threat in games by averaging 1.8 shots per game and 1.3 key passes per match. (Source: WhoScored) 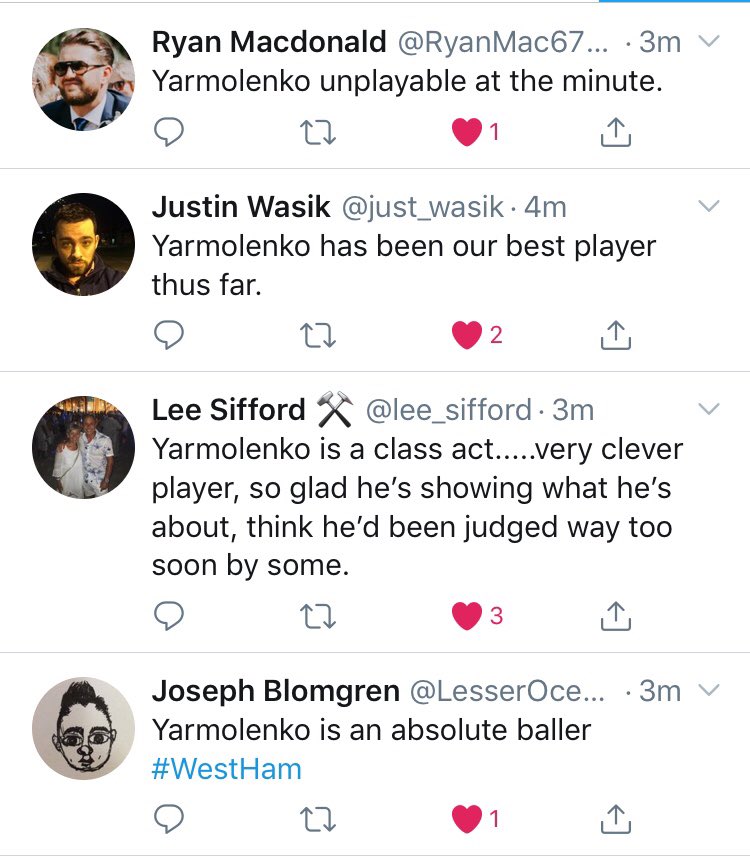 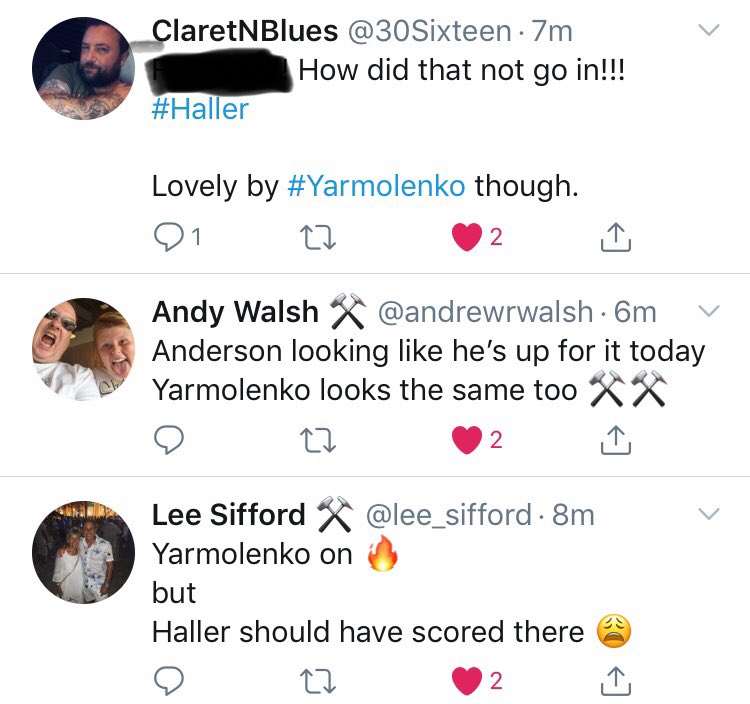