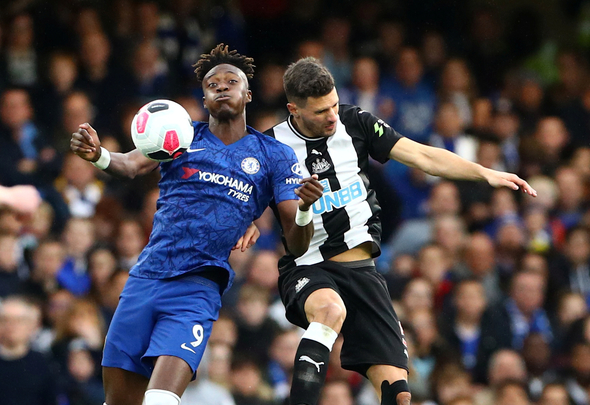 Newcastle United defender Fabian Schar revealed he thought West Ham had a squad filled with quality players and claimed they should be higher in the Premier League than they currently are.

The Magpies centre-back did point out it was still early on in the season so the Hammers could climb the table but revealed that in his personal opinion they should be doing better than sitting in 10th place.

Schar remarked on Manuel Pellegrini’s side ahead of the Magpies facing West Ham on Saturday at the London Stadium with the Switzerland international going on to admit the Hammers clash will be a difficult game for his side.

“West Ham have a decent team with a lot of quality players,” said Schar on Newcastle United’s official website.

“For me, they should be higher than they are at the moment but it’s still the start of the season, more or less.

“They have some new players and it’s going to be a difficult game, especially at their home (ground). We have to be ready and hopefully, we will get something.”

The Hammers are currently sat 10th with 13 points from their opening 10 games and it’s easy to understand why Schar believes their Premier League position is misleading. Pellegrini’s team is filled with potential match-winners like Manuel Lanzini and Felipe Anderson, so you would think the Hammers would have racked up more points, this is especially the case considering the buzz around the London Stadium at the start of the campaign. The Hammers also notably cruised past Manchester United, who are considered a top-six side, by beating them 2-0, so that suggests they’re a quality side who should be competing closer to the top of the table than they are. Yet West Ham aren’t that high in the table due to their current run of form as they haven’t won any of their last four league games, and this run even saw them easily beaten by a struggling Everton side. When you consider that Newcastle United have only managed six goals all season and currently sit just outside the relegation zone due to having only nine points, the Hammers should be confident that they can get three points on Saturday in order to start surging back up the table.