West Ham star Declan Rice cheekily told Chelsea midfielder Mason Mount he wasn’t shocked that he beat him in a race while training together with England.

The Hammers midfield enforcer and Chelsea star are both currently away on international duty with England, and Rice opted to share a picture from training.

The picture showed a very thrilled Rice celebrating, with Mount in the background, and the West Ham midfielder cheekily told people to ignore his facial expression and suggested the snap was of him beating his international teammate in a race. 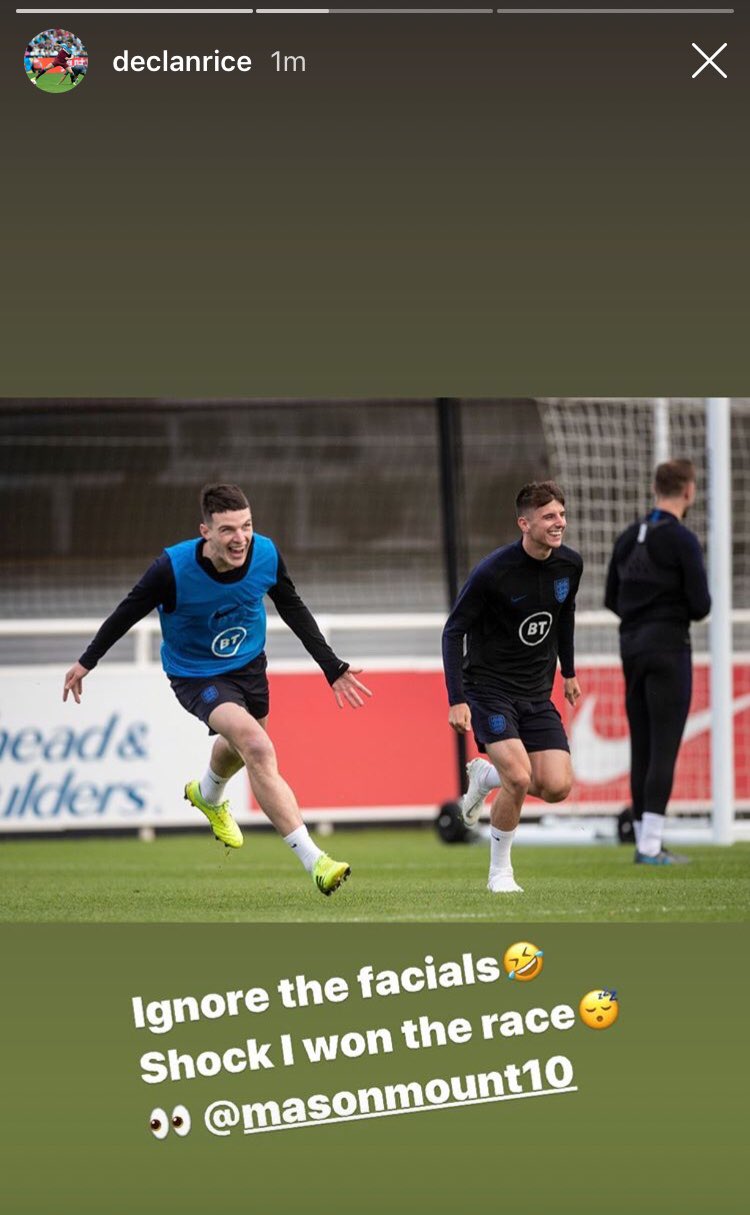 Rice clearly enjoys training and having a laugh with Mount while away with England, and given the cheeky nature of the Hammers midfielder’s message to his friend, it won’t be a surprise to see the Chelsea midfielder reply with his own cheeky message in the near future. After all who can forget that Mount uploaded a hilarious video of himself scaring Rice during the summer on his personal Twitter account. However, aside from it being nice to see Rice enjoying himself in training, it would be good to see the 20-year-old impress while away with his nation as that will see him return to the Hammers full of confidence. In his last outing before the break, Rice made a notable mistake against Crystal Palace, he raised his arms in the box and the ball struck his hands, as he gave away a penalty that helped turn the game in his opponent’s favour, so he would benefit from a morale-boosting display. However, it’s worth noting that aside from that rare error against Palace, Rice has played his part this season. The 20-year-old has impressively averaged 3.8 tackles per game, to be a reliable extra layer of defence with him playing just in front of the back four,  and has maintained a solid pass completion rate of 89.5% which shows he hasn’t been careless in possession (Source: WhoScored).