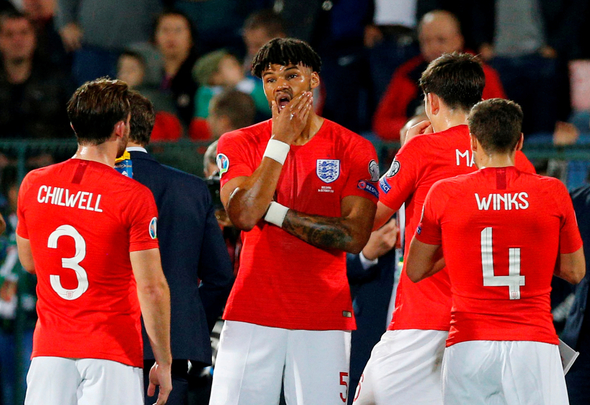 West Ham midfielder Declan Rice heaped praise on Aston Villa enforcer Tyrone Mings after the centre-back made his debut for England in the 6-0 win over Bulgaria on Monday.

The Villans defender earned his first cap for his nation against Bulgaria but his debut was overshadowed as the match was halted twice, as per BBC Sport, due to racist behaviour by fans and Mings took to his personal Instagram after the game to reflect on his debut.

“Thank you to all the fans that travelled and the messages I’ve received. Unfortunately overshadowed by a minority but thought both countries handled the situation well.”

Rice, who missed England’s clash with Bulgaria, then raved about Mings following his debut and social media update by simply sending him a message, via his verified Instagram account which said “unbelievable bro.” 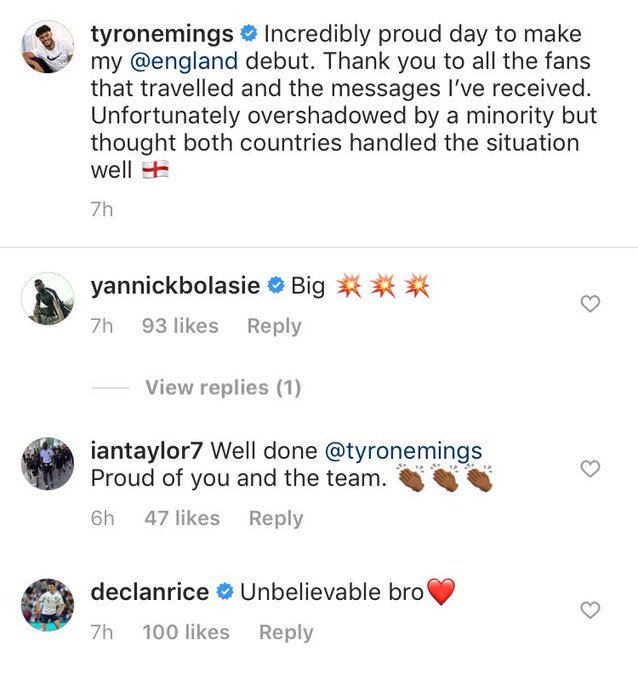 It’s sad to see Mings admit his debut was overshadowed as by all accounts if it wasn’t for the crowd issues, everyone would be gushing about how good the Villa centre-back looked in his first international outing. The 26-year-old made one tackle, one interception and one clearance and was so cool as well as calm on the ball that he ended up maintaining a ridiculously impressive pass completion rate of 95.6% (Source: WhoScored). In fact, it’s worth noting that Ming completed five of the six long balls he attempted, and his ability to fire the ball forward with pinpoint accuracy saw England switch defence to attack very quickly. While Mings will have tougher nights for England, in terms of opponents, Bulgaria only had 28% possession during the match (Source: WhoScored), you can only excel in front of the opponent put in front of you and that’s exactly what the defender did. It’s nice to see Rice, and his fellow England teammates as several sent Mings a supportive message, stand by Mings after Monday night’s scenes but it’s also nice to see the Hammers midfield enforcer ensure the defender’s performance gets the credit it deserves by saying unbelievable.