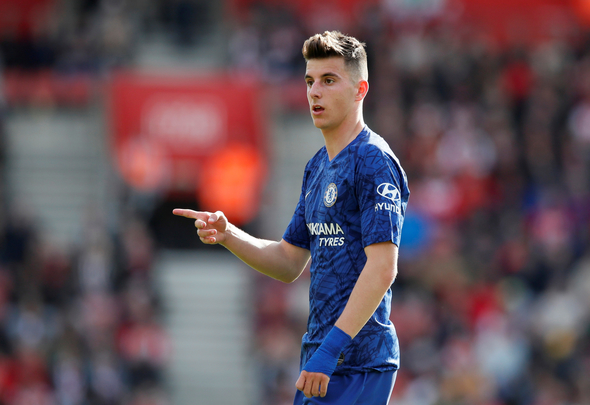 The Blues midfielder scored during the 4-1 win over Southampton on Sunday and took to his personal Instagram account after the match to celebrate his performance.

“Great performance going into the international break. Happy to get on the scoresheet once again!” wrote Mount.

Mount’s message saw the Hammers’ Rice reply “he can’t stop”, via his verified Instagram account, with the midfield-enforcer adding the heart-eye emoji and the fire emoji just to emphasis how impressed he is with his international teammate.

Mount and Rice’s friendship is well-known especially after the Chelsea midfielder posted a video of himself scaring the Hammers ace in the summer, via his Twitter, that went viral, but it’s always nice to see the two promising Premier League players interact. While the Hammers don’t have the luck of benefitting from Mount’s ability, they do get to benefit week-in-week out from having Rice on their books. The 20-year-old has been a key part of Manuel Pellegrini’s side this season as he has on average won 3.8 tackles per game, made 2.8 interceptions per game and has even been strong in the air by winning 1.6 aerial duels per match in order to make his side defensively solid (Source: WhoScored). The Hammers have conceded 11 goals in eight matches, which is better than it seems when you consider five of those goals came in the defeat to Man City, and based on Rice’s stats it’s clear he is one of the reasons West Ham aren’t shipping goals. The 20-year-old may have had a day to forget against Crystal Palace on Monday, considering he gave away the penalty, but hopefully, he is able to put that performance behind him and be at his best for Pellegrini’s side once the international break concludes.