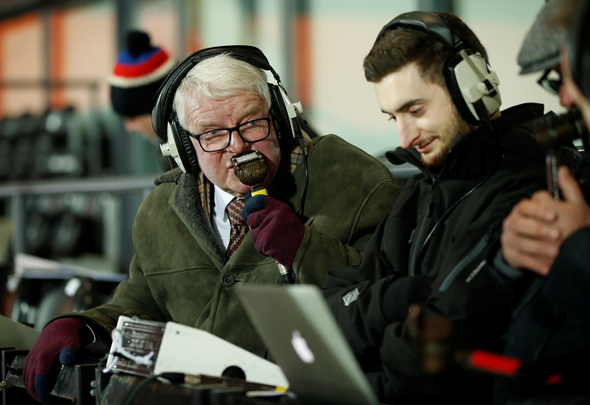 John Motson suggested that West Ham’s 2-1 loss to Crystal Palace meant that the Hammers were set to be a little inconsistent again this season.

The Hammers were frustratingly inconsistent in their 2018/19 campaign, in fact, Issa Diop and Ryan Fredericks both used the word inconsistent to describe last season in interviews with the Hammers’ official website, as they showed they were capable of beating sides like Manchester United and Tottenham, but also found themselves losing to the likes of Brighton and Cardiff City.

After losing to Manchester City 5-0 on the opening day, the Hammers went six league games unbeaten before losing to Palace on Saturday.

Yet Motson seemed to believe that Palace’s victory suggested that the Hammers may be too inconsistent to potentially finish in the top-six this season, despite highlighting Roy Hodgson’s impressive away form.

“Palace had a very good away record last season if you remember, and they dug in and in the end got the three points, which rather suggests are West Ham going to still be a little bit inconsistent if they are going to get in the top-six?” said Motson on talkSPORT (14:52, Monday, October 7th).

The legendary commentator has watched thousands of games during his illustrious career and has seen history repeat itself a fair few times, but surely he’s speaking too soon by implying the Hammers’ latest result means it’s the same old inconsistent West Ham?

After all, it was one game, and the Hammers were unfortunate to lose.

The Hammers had more possession than Palace during Saturday’s clash, as they saw 53% of the ball, had more attempts at goal (The Hammers had 9 while Palace had 7), and put in a solid enough performance that saw them score an excellent team goal. (Source: WhoScored)

Sebastien Haller should have arguably scored from close-range in the first half of the game after Andriy Yarmolenko whipped the ball into him, and the game could have gone differently if he had.

Yet it was Palace who fortune favoured as they were awarded a penalty for Declan Rice, which was the correct decision, that got them back in the game and then were lucky that VAR was in effect this season as Jordan Ayew was found to have just stayed onside ahead of scoring the winning goal.

But the game across the balance of play could have easily gone the Hammers’ way on another day, as it was a bit unexpected for Rice to make such a silly mistake like raising his hands in the box for example.

So with that mind, surely Motson is speaking too soon to suggest West Ham are inconsistent on the basis of one disappointing result, especially when you consider he was raving about the Hammers before the game.