Masuaku gets a message from Adrian 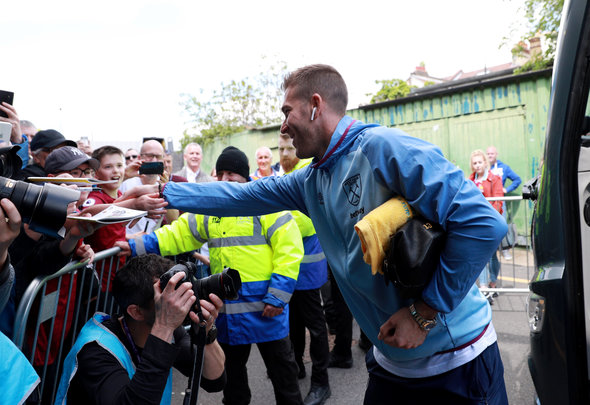 Liverpool goalkeeper Adrian sent West Ham defender Arthur Masuaku a heartfelt message on Instagram as he told the left-back he missed him.

Masuaku took to his personal Instagram on Monday in order to reveal he had enjoyed a good week while away on international duty with DR Congo and highlighted that it was an honour to represent the nation.

The Hammers left-back’s social media update then saw his former West Ham teammate and current Reds goalkeeper Adrian messaged him to tell him he missed him and he referred to him as captain.

Adrian may be loving life at Anfield but it seems he is still missing being in the same squad as Masuaku, which is very sweet. While the 32-year-old is surprisingly regularly featuring for Jurgen Klopp’s side, he played 11 times across all competitions this season, everything isn’t going as well for Masuaku at the London Stadium. The 25-year-old hasn’t featured since being sent-off in the 0-0 draw with Aston Villa, with Manuel Pellegrini preferring to play Aaron Cresswell, and he didn’t even make the bench for the clashes with Bournemouth and Crystal Palace. Masuaku started four league games in a row, following the opening day defeat courtesy of Manchester City, yet now looks at real risk of being frozen out. This must be frustrating as aside from picking up a red card, which was questionable, he hasn’t really done anything wrong to justify being snubbed. The left-back averaged 1.5 tackles and 1.8 clearances per game across his four outings (Source: WhoScored), which suggests he was pulling his weight defensively, and he even managed to register an assist in the 2-0 win over Norwich City, which highlighted how he can be a useful attacking outlet, so he must be at least a little baffled why he is struggling for playing time currently.