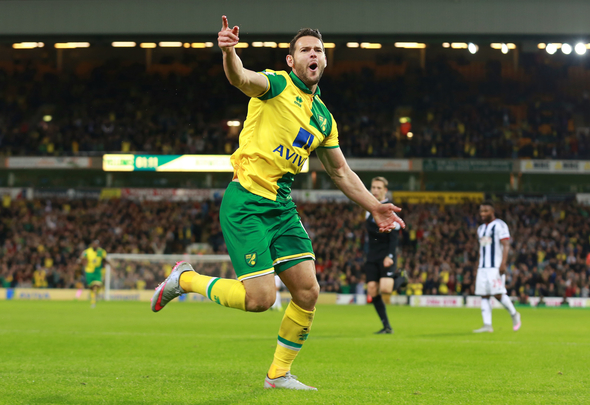 Matt Jarvis is surely wrong to imply West Ham shot-stopper Roberto can ease any concerns about whether Lukasz Fabianski will be a big miss in the coming weeks by impressing against Crystal Palace.

The former Hammers winger was asked about Manuel Pellegrini’s side losing Fabianski to injury and he pointed out that he thought the 34-year-old was a huge player for the club.

Jarvis stated that “we” will find out how West Ham can cope without Fabianski against Crystal Palace, and in turn, that implies that Roberto will be able to ease any concerns about his teammate being stuck on the sidelines by impressing on Saturday.

After all the 33-year-old is likely to be the one who takes Fabianski’s first-team spot considering he was the player to replace him after the Poland international went down injuried against Bournemouth.

“Yeah he has been one of the best keepers this season, I think,” said Jarvis on Match Centre (Sky Sports News, 11:38am, Friday, October 4th).

“He has kept them in games, made a lot of important saves, and we’ve been saying that having a regular back-four and goalkeeper who are a unit that you can rely on every week is huge and for them, it’s been him.

“So him not being there…we’ll see this weekend if they can cope with that, they will have enough to be fine for the weekend.”

Yet Roberto could play out of his skin against Palace, and it still wouldn’t ease any worries that Fabianski missing games would potentially hurt the team.

As Crystal Palace aren’t going to be the hardest test Roberto faces in the coming weeks, far from it in fact.

Roy Hodgson’s side have only managed to score six goals in their first seven league games with just three Premier League sides having scored less.

Also, Luka Milivojevic is one of only four Palace players to have scored a goal this season, in fact, he’s their joint-second highest scorer with one goal (Source: BBC), and the 28-year-old isn’t set to face the Hammers due to being suspended after picking up five yellow cards. (Source: Crystal Palace)

While Palace star man Wilfried Zaha looked back to his best against Norwich City, he got an assist and made five key passes in the 2-0 win over Canaries (Source: WhoScored), and could cause the Hammers’ keeper problems if on form, it’s worth noting he hasn’t scored yet this season.

So there is a tiny chance that his return to form against Norwich was a one-off last weekend and his shooting boots will stay at home once again when facing West Ham.

With all that in mind then surely it will be impossible to tell if the Hammers will be able to cope without Fabianski and rely on Roberto for the coming weeks based on what happens in Saturday’s Palace clash.