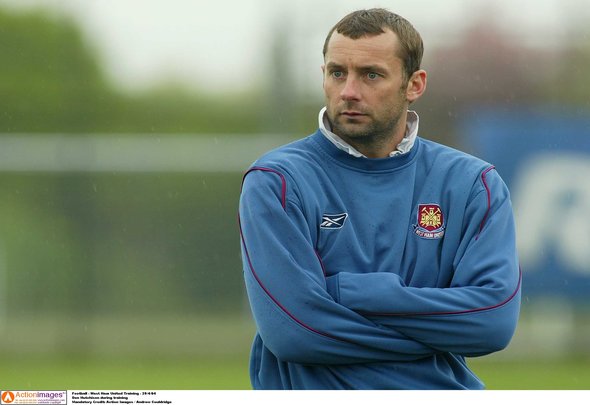 The BBC pundit stated that when you consider the Toffees have players like Gylfi Sigurdsson, Bernard and Richarlison to call on, behind whoever Marco Silva chooses to play as his centre-forward, then they could be just as formidable as the Hammers’ equivalent options.

Hutchison did admit though that he understands the Hammers’ front-four, Sebastien Haller, Felipe Anderson, Manuel Lanzini and Andriy Yarmolenko, were currently playing a lot better and had a lot more confidence as a result.

“It’s funny though Ben (Haines), you could look at West Ham’s four then you could look at Everton’s four and go if they start playing well, and get a tune out of them, then there’s not a great deal of difference,” said Hutchison on BBC Radio 5 Live (19:56, Tuesday, October 8th).

“I totally understand West Ham’s front four are playing a lot better with more confidence, but still with Sigurdsson and Bernard, you look at Richarlison you’re looking at players that cost a lot of money but are not playing well.”

Hutchison basically acknowledges that his claim looks silly at the moment as the Hammers’ front-four are lighting it up while the Toffees’ attack-minded players struggle to deliver, but it’s easy to see where he is coming from. Sigurdsson has scored 59 goals in 255 Premier League appearances, so has proven himself in the top-flight, Richarlison averaged a league goal every 0.37 games by scoring 13 goals in 35 outings in his 2018/19 campaign, while Bernard has provided small pieces of evidence he could be a great attacking threat in England’s top-flight as he has been involved in five goals during his Premier League career so far (Source: Premier League). Yet when you consider that as a team, the Toffees have only managed six goals in their first eight league outings, then Hutchison’s claim will raise eyebrows. This is especially the case when you consider Haller and Yarmolenko alone have scored a total of seven league goals this season for the Hammers (Source: BBC Sport). However with the Hammers and Everton set to play each other soon, seeing both attacks on the same field, may help decide which side has the better attacking options.