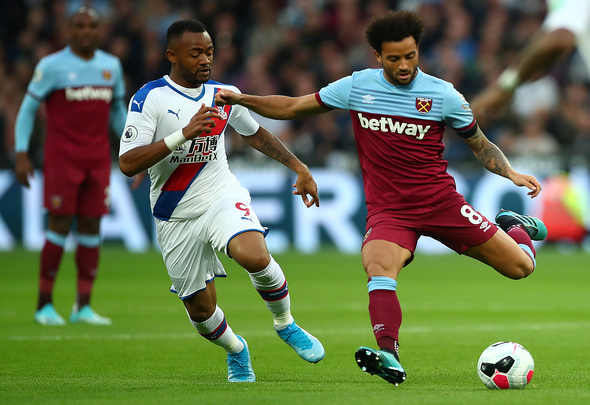 Jamie Carragher raved about West Ham attacker Felipe Anderson and shared that he thought the Brazilian winger was the Hammer’s best player.

The Sky Sports pundit claimed Anderson was good enough to play for a side in the Champions League due to being top quality.

Carragher then added that if West Ham had ambitions of qualifying for European competitions, then Anderson must improve his goal record as he only has grabbed one goal in his last 24 outings.

“This the man who I think could actually play for one of the Champions League clubs as he is top quality,” said Carragher on Sky Sports Main Event (17:30, Saturday, October 5th).

“West Ham’s best player in my opinion, well certainly from what I’ve seen.

“But his goal record has to improve, one in his last 23, if the Hammers want to challenge those Champions League, European places, there has to be a lot more goals from the top man.”

While Anderson should feel flattered to be dubbed West Ham’s best player by Carragher, he does need to justify that title a little more. While the Brazilian winger does pull his weight for Manuel Pellegrini’s side, it’s clear Carragher is right to expect the attacker to rack up more goals.  The 26-year-old has only managed to score 10 goals in 49 appearances for the London club, and he clearly has the ability to get more. All you have to do is consider that Anderson got nine of his goals across a nine-week period of last season, so perhaps once he grabs himself a goal this season, the floodgates will open as perhaps it’s a confidence thing. However aside from his clear issues in front of goal, Anderson is a talent West Ham fans should appreciate as he contributes to the side’s attack as well as their defence. In his 2018/19 campaign, the Brazilian was not only involved in getting 13 league goals for his side, he scored nine and assisted four, but he made 89 tackles and registered 41 interceptions which is ridiculously good for an attack-minded player. (Source: Premier League)