Liverpool goalkeeper Adrian took to Instagram to cheer on West Ham attacker Michail Antonio after he posted an update on his recovery.

The Hammers winger is currently on the sidelines with a hamstring injury and Claret & Hugh previously reported that Antonio has set his sights on trying to return to action in November.

Antonio took to his personal Instagram on Sunday to highlight the work he was putting in, in order to get back fit as soon as possible.

“No stopping my recovery, giving it everything #BeastMoves,” wrote the winger.

The Hammers attacker’s Instagram update saw his former teammate, Adrian, send him a two-word message which when translated means “come on bro.” 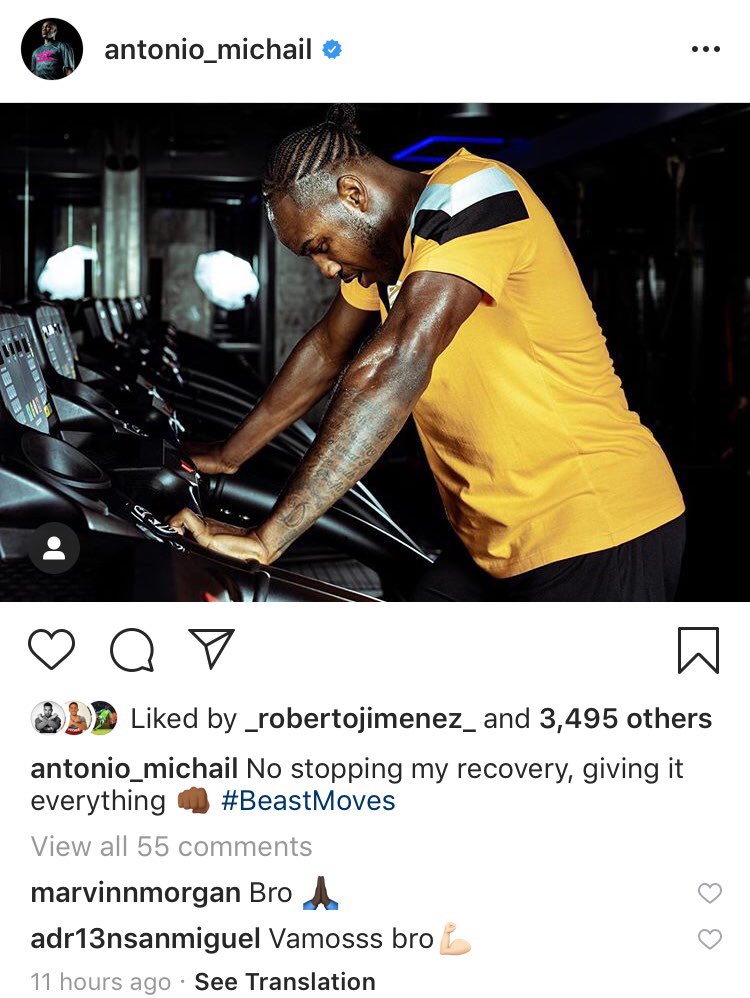 Adrian may have packed his bags and left West Ham permanently in the summer and he may be enjoying life at Anfield, but it seems he still has time to check in with one of his former Hammers teammates. This is very nice to see as you do feel Antonio will appreciate all the support he can get as it’s must be frustrating for him to be on the sidelines again. The 29-year-old managed only three league appearances for the Hammers before going down injured in the eighth minute of the 2-0 win over Newport County. Antonio previously was hampered by injuries as he missed 24 games in the 2017/18 season due to three separate injury problems, as per Transfermarkt, but last season he looked to have gotten over his bad injury luck. After all, the winger ended up playing 38 times across all competitions and Manuel Pellegrini seemed to trust him before the campaign ended as he played the full 90 minutes of the final four league matches of the season. Hopefully, Antonio’s road to recovery goes well and that his current hamstring issue is the only injury problem he ends up having this season.