A loss to West Ham could see Silva sacked 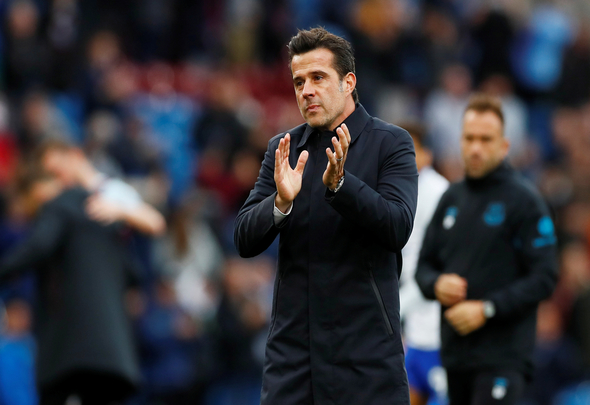 Clinton Morrison claimed Everton manager Marco Silva could be sacked if they lose to West Ham.

The pundit shared that while you’re always one result away from turning your season around, the Toffees’ next game, which is against the Hammers, is important for Silva because if he loses that then he could lose his job.

“Sometimes you’re one result from turning your season around, it is a big club, and his next game is very important because if he does lose that, then I think he could lose his job,” said Morrison on Sky Sports’ The Debate (22:43, Tuesday, October 8th).

The Toffees sit 18th in the table, after getting just seven points from their first eight games, ahead of hosting Manuel Pellegrini’s side at Goodison Park after the international break.

It’s no surprise that Silva could be sacked if the Toffees lose to West Ham, as it’s a surprise that the Merseyside club seem to be in the relegation battle rather than the race for the top-six. After all, Everton have talented players like Richarlison, Gylfi Sigurdsson and Moise Kean to call upon, so they shouldn’t be struggling to rack up points. It’s also worth noting that the Toffees finished eighth last season, which was two places higher than the Hammers, so it does seem to have been a fall from grace. Yet the Toffees aren’t firing in front of goal, they’ve only managed a woeful six goals in their opening games, and they’ve already suffered five losses. However while some Hammers fans may be licking their lips over the clash as if Morrison is predicting Silva’s exit, it shows how much of a mess Everton are in and therefore hypothetically easy to beat, that might not be the case. If the Toffees players are playing for their manager, and if he hasn’t lost the dressing room, then they may up their game to ensure they defeat the Hammers in order to potentially protect Silva’s job.