Zabaleta unlikely to get contract extension 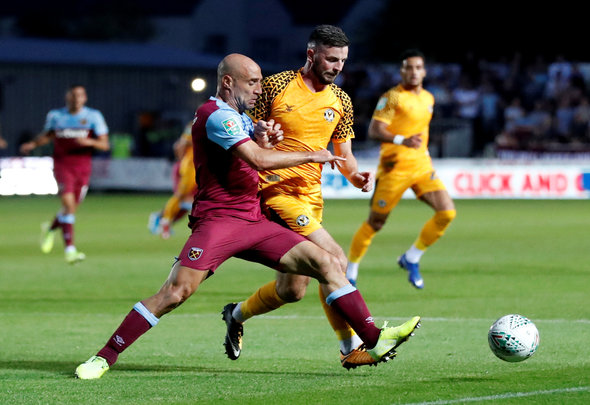 West Ham United’s veteran right back Pablo Zabaleta is unlikely to be handed a contract extension beyond his current deal, according to Claret & Hugh.

The reliable Hammers news source claims that the Argentine international, on a reported £75,000-per-week [Source: Spotrac], has hinted that this will be his last season in football.

Both the 34-year-old and fellow veteran Carlos Sanchez have just nine months left on their contracts, and neither man is expected to be retained.

This is pretty much what was expected when Zabaleta joined the Hammers. His age meant that he was never going to be around forever, but he was signed to provide a quality veteran presence. In that, he has absolutely succeeded. You can’t say enough good things about Zabaleta. He’s been an unbelievable servant to English football, performing magnificently for Manchester City for many years and having a positive effect on everyone at the London Stadium as well. Yes, he’s past his best and isn’t good enough to be a starter for West Ham anymore, but he is still as good of a back up right back as there is in the Premier League. Ryan Fredericks, if you asked him, would surely tell you how much he has learned from the former City star, and we’ve seen great improvement in Fredericks over his second season in east London. There’s little doubt that some of that has to do with working alongside a great professional like Zabaleta.