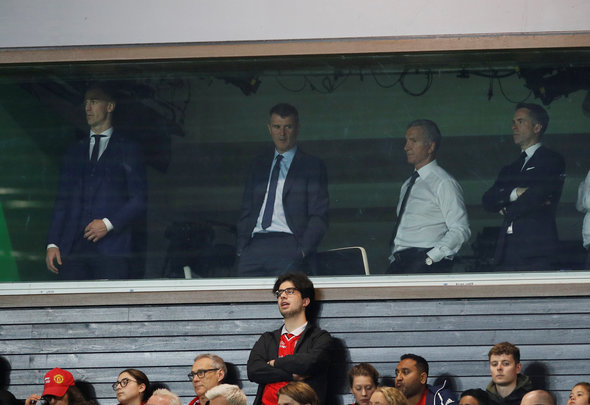 Keane tore into Rice and his fellow England midfielder Jordan Henderson on ITV, as per the Daily Mail, claiming they may as well have been sat in the studio with him during the Three Lions’ 2-1 defeat to the Czech Republic on Friday.

Westley has now hit back: “I think Roy Keane was very harsh on Declan last night,” he told Claret & Hugh. “I get fed up, and keep well out of the up one minute down the next mentality we see in football these days.

“England produced a very poor performance of which, sadly, Dec was a part but to single him out almost for personal criticism is very unfair. Dec will learn from that and it’s what happens when you are at the top but, trust me, [he] has all the maturity in the world and will take little notice of such stuff whoever it comes from.”

Westley gets his verdict spot on, here. Both pundits and supporters alike are very fickle these days, and that’s what we saw after Rice’s performance for England on Friday. Yes, he wasn’t at his best – far from it – but he was far from the only England player who underperformed in Prague. The 20-year-old was the victim of a poor tactical approach from manager Gareth Southgate if nothing else. Liverpool midfielder Jordan Henderson was deployed alongside him in the first half, with both players essentially doing the same job. Once Southgate pushed Henderson further forward both he and Rice started to perform a lot better. But people, including Keane, have really doubled down on their criticism of the West Ham star. There seems to be a real vehemence and almost an agenda against Rice once he pulls on a Three Lions shirt. He’s only 20 years of age, though, so he’s not the finished article. Keane and everybody else need to take it a bit easier on him.