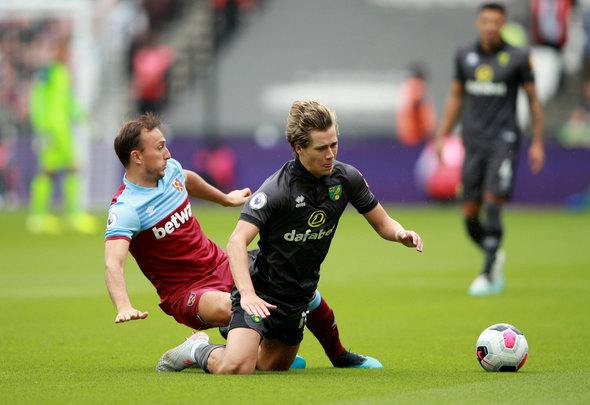 The concept of the “one club man” is becoming evermore distant in the professional game.

With big money flying around willy-nilly, and with loyalties seemingly dissipating more readily, it is far less common to find a player who sticks with one team throughout the entirety of his career.

The most obvious example of somebody bucking that trend is, of course, Mark Noble.

The veteran West Ham midfielder has been around for an eternity, and aside from a couple of loan spells early in his career, he has been a mainstay for the Irons since 2006.

Noble is, in many ways, the model professional. Talented, levelheaded, passionate – he is a shining example of what a footballer should aspire to be.

The sad reality is, however, that he cannot play on forever, and sooner or later, the Hammers are going to have to find a replacement for him.

If ever they needed a reminder of that fact, they need only have watched the £50,000-a-week ace’s outing against Everton on Saturday [Spotrac].

To be blunt, Noble struggled.

In 74 minutes he managed just one key pass, no successful dribbles, no tackles, no interceptions, and was given a Whoscored rating of 5.97.

Everybody has bad days at the office, and you wouldn’t bet against the 32-year-old having another year or two in him yet, but the concern will be that as time passes, this kind of anonymous display will become increasingly common.

Nobody is saying that he must be ousted right now after one dodgy game, but certainly, Manuel Pellegrini must start looking to the future for a long term solution.