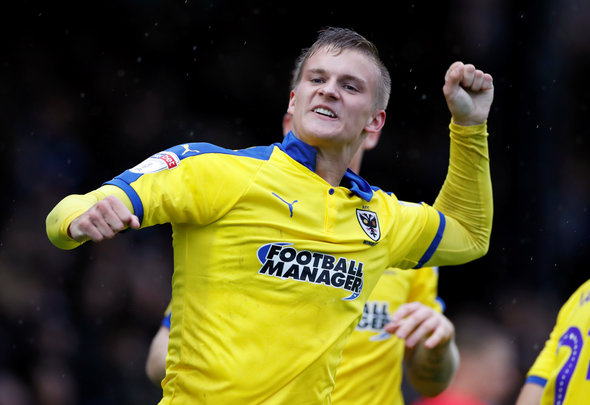 West Ham United have entered the heated race for Brentford striker Marcus Forss, who is thriving on loan at AFC Wimbledon, according to TEAMtalk.

The outlet claim that the Bees are set to recall the 20-year-old from the League One side in January, and that he could be heading off to the London Stadium.

Scouts are said to have been coming in droves to see the 20-year-old perform this season, and he’s rewarded them with seven goals in eight games for the Dons [Source: Transfermarkt].

Brighton & Hove Albion, Watford and Southampton are all thought to be in for the young Finn, giving the Hammers plenty of competition for his services.

It’s clear that Forss is a man in demand, and it’s no surprise given his age and how he’s performed so far this season. Yes, it’s only League One level, but for a 20-year-old to be dominating in such a way is very impressive. We have seen numerous players make the step up from the Football League to the Premier League and be a success in recent years, including Rickie Lambert, Adam Lallana, James Maddison and Jamie Vardy. So it’s good that West Ham are considering Forss despite the fact that he is ‘only’ doing it in the third tier. Furthermore, the Hammers desperately need some attacking help. Club record signing Sebastien Haller has been looking increasingly frustrated in recent weeks and needs a strike partner to help him out up front. However, it’s probably a little too early to put the weight of that responsibility on somebody as young as Forss. Plus, there’s plenty of competition for his services, so it’ll be interesting to see how this one plays out.