Former West Ham United manager Sam Allardyce has once again courted controversy amongst the east London side’s supporters with his comments on Arsenal captain Granit Xhaka. The Switzerland international gestured to the Gunners fans and appeared to swear at them, before removing his shirt and storming down the tunnel, after being substituted during his team’s 2-2 draw with Crystal Palace on Sunday. Allardyce took to talkSPORT on Tuesday to say about the incident: “Gesticulating to the fans is the one thing you cannot do. It’s irresponsible.” That’s a comment that, unsurprisingly, didn’t go down too well with the Hammers faithful. We all remember that famous West Ham victory over Hull City in 2014, where Allardyce responded to boos from his own side’s fans by cupping his ears to the supporters. Sounds an awfully like what he’s just criticised Xhaka for doing, no? Something he’s condemned as being worthy of disciplining. Obviously the rules apply rather differently to Allardyce than they do to players – at least in Big Sam’s mind. 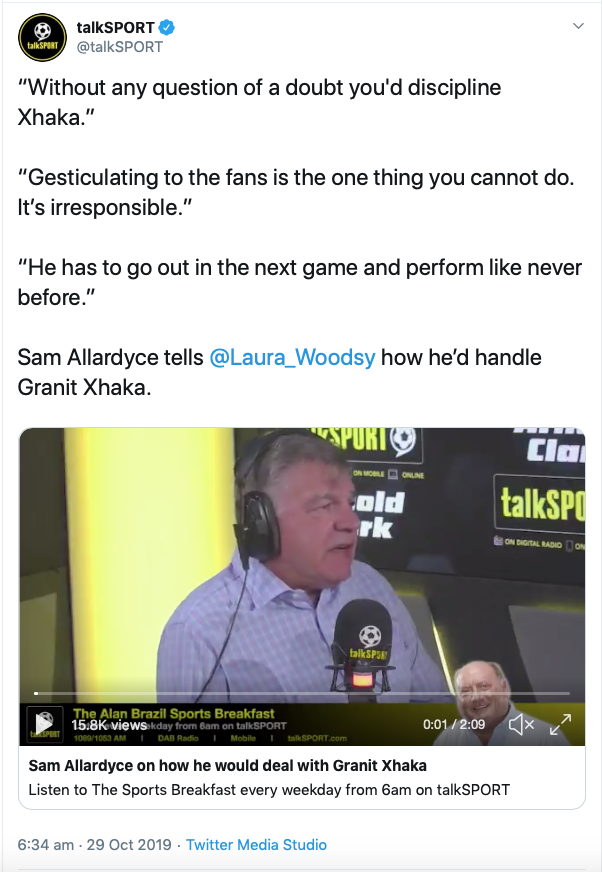 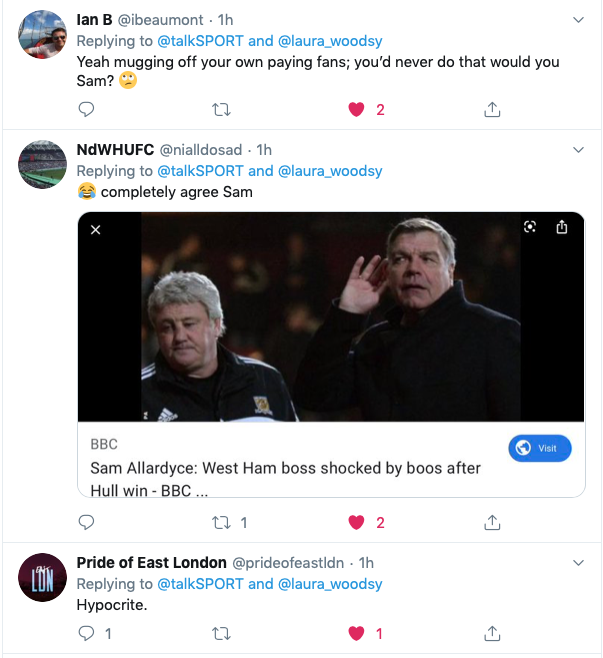 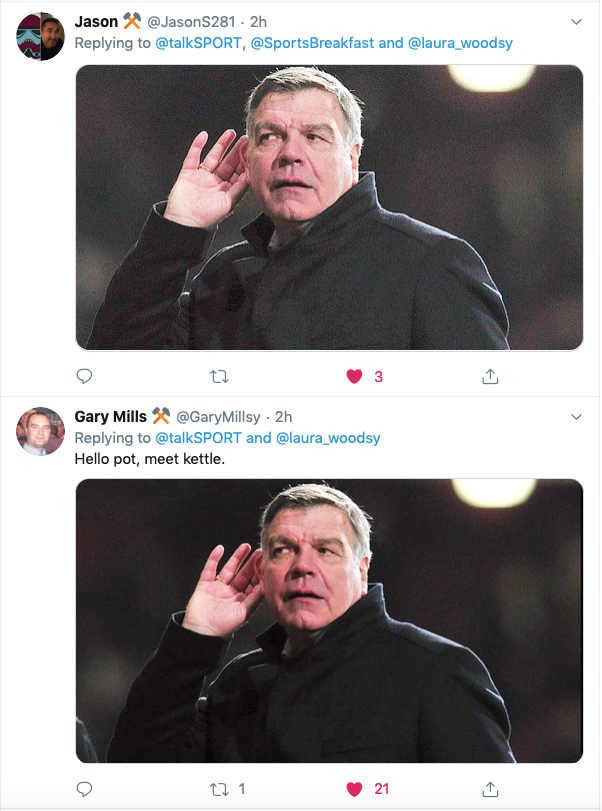 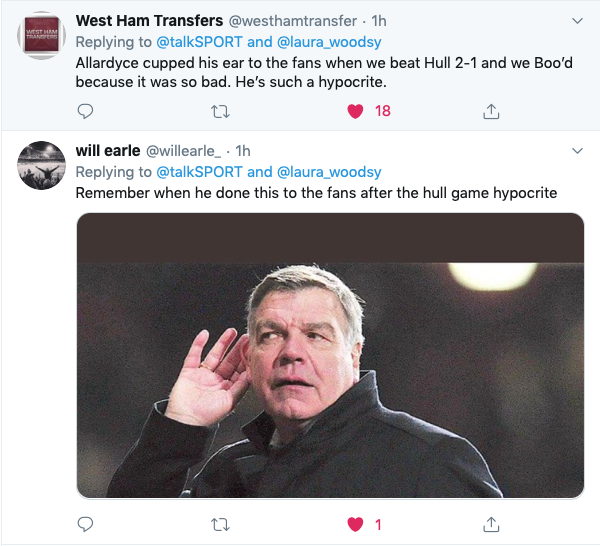