The life of a goalkeeper can be a tricky one at the best of times, but you have to make sure you do the basics right. West Ham United travelled to Everton knowing that Roberto would continue in goal due to the injury picked up by Lukasz Fabianski. The Spaniard went from hero to zero in the space of five minutes at Goodison Park, pulling off a great save to keep the game level before having a nightmare letting Bernard squeeze in the opener at his near post midway through the half. A keeper should never be beaten at his near post anyway, but to do it when the attacker is at such an angle is inexcusable for the Hammers. Fabianski will be a massive miss on the back of this performance, and Manuel Pellegrini will surely reconsider his options in between the sticks. Many West Ham fans took to Twitter to tear apart Roberto at half-time, with many calling him terrible, while one even went as far to suggest that he deserves to be sacked for the goal he conceded. 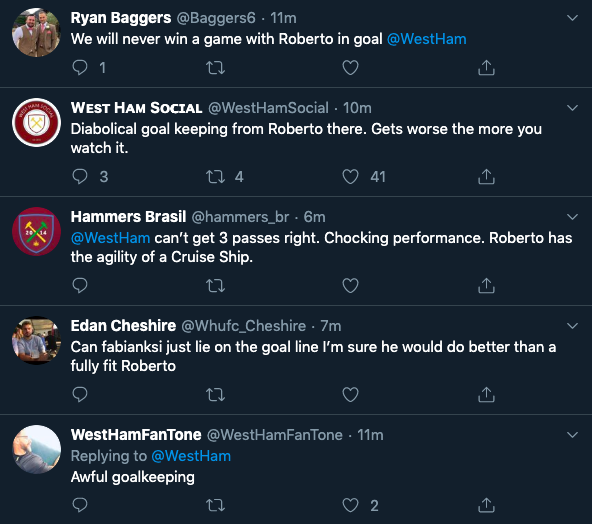 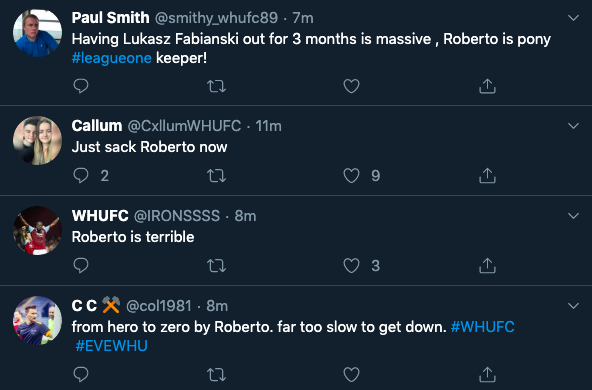