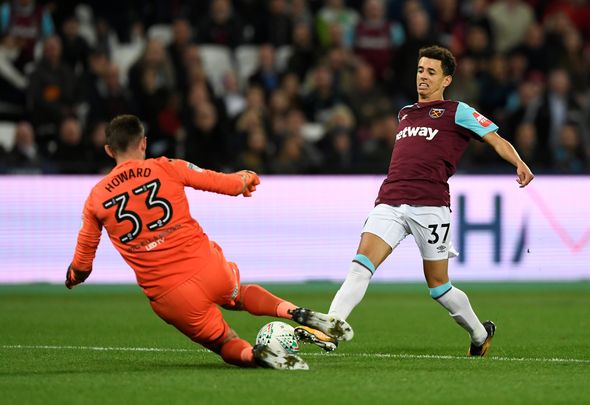 Another West Ham United under-23’s game has seen Nathan Holland jump into the spotlight once again at the London Stadium. The young Hammers travelled to Stoke City on Monday evening looking to continue their strong start to the season, and they did just that. Holland was the centre of attention once again, scoring twice as the under-23s secured another three points to keep their place at the top of the table. The young winger was phenomenal once again and continues to impress after making his full senior debut earlier in the season against Oxford United in the Carabao Cup. It is only a matter of time before he gets the opportunity to be involved with the first team once again, and after a number of poor performances in the defeat against Everton, that chance could come against Sheffield United on Saturday. Many West Ham fans took to Twitter to urge Manuel Pellegrini to utilise Holland in the first team, with one even calling the 21-year-old class.

Getting boring now that he isn’t in the squad. Kid is class

Please give @NHo11and a chance in the first team, what a young talent

Get him in the first team Saturday ⚒

Get this man in the first team right now

Why isn’t he in the first team?
Baffles me

Start him next game.