Manuel Pellegrini’s selection certainly raised a few eyebrows before the Sheffield United clash on Saturday. West Ham needed a massive reaction from their 2-0 defeat against Everton last time out, and the Chilean decided to make five changes to his side. Robert Snodgrass was one of the surprise inclusions for the Hammers, and the Scotsman repaid the faith shown in him by his manager by scoring the opener at the London Stadium. Snodgrass was at the heart of everything for West Ham in the game and whipped in numerous beautiful deliveries as he was a constant threat to the Blades all afternoon. The game may have finished 1-1, but it was the 32-year-old who was the shining light in a performance which should see him keep his spot next time out. Many West Ham fans were left raving about Snodgrass and took to Twitter to gush about the winger for his performance, with some claiming that they want to see what they saw from Snodgrass from the likes of Manuel Lanzini and Felipe Anderson. 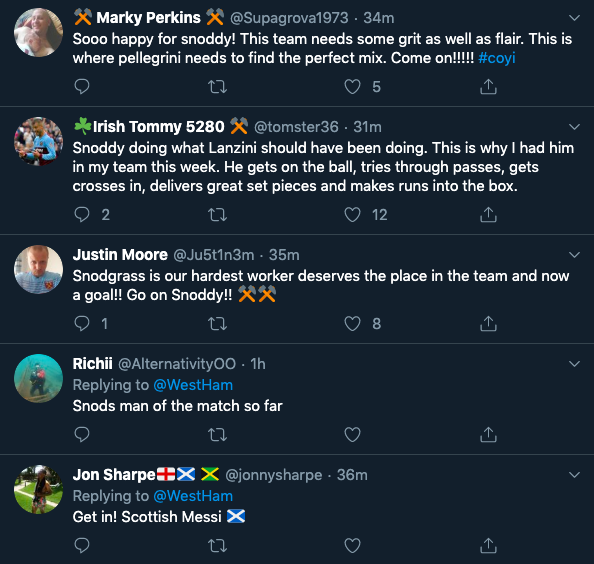 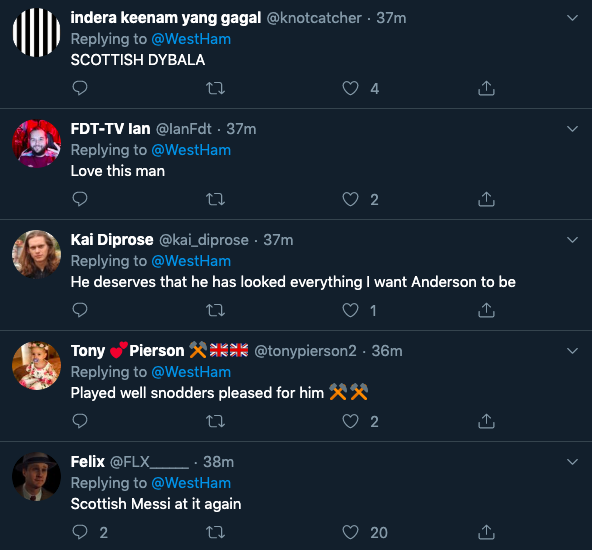