West Ham United’s official website released a story on Wednesday with quotes from star midfielder Declan Rice about captain Mark Noble and manager Manuel Pellegrini firing them up ahead of Saturday’s clash with Sheffield United, coming as it does off the back of last weekend’s shocking defeat at Everton. The club’s supporters, as you’ll see below, clearly weren’t impressed by what the England international had to say. Many of them were left asking the question of why professional footballers on tens and hundreds of thousands of pounds a week need somebody else to fire them up to go and do their job. They have a point, too, and you can’t blame the fans for being frustrated with the team having earned just one point from their past three games. These are mindless platitudes from Rice that really don’t mean anything. It’s all about ‘putting things right’ after the loss at Goodison Park, but we hear that sort of thing after every negative result. That’s the reason the supporters were so upset at his comments, because they simply don’t seem genuine. 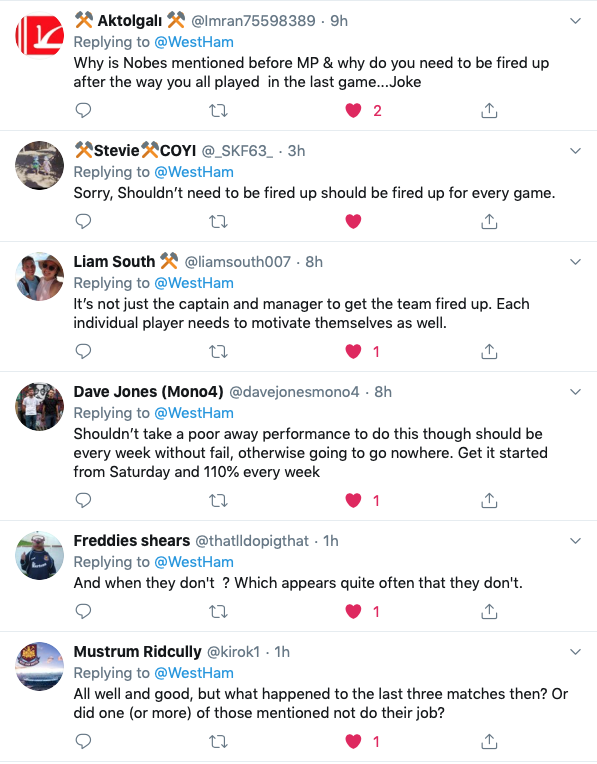 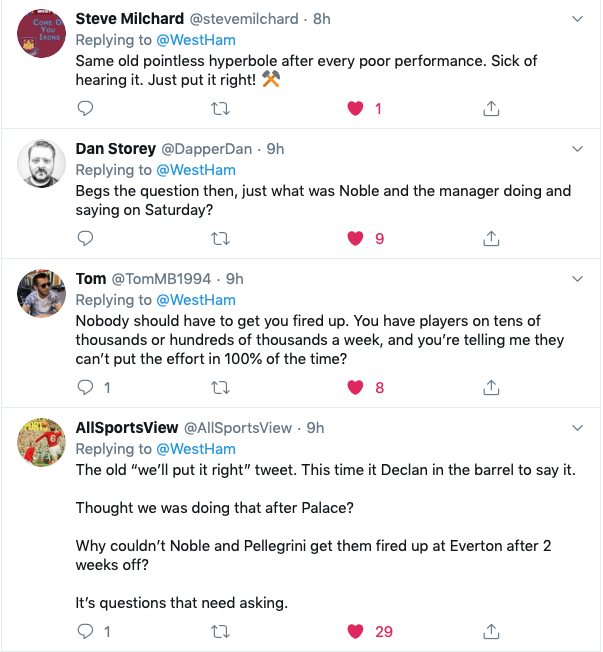