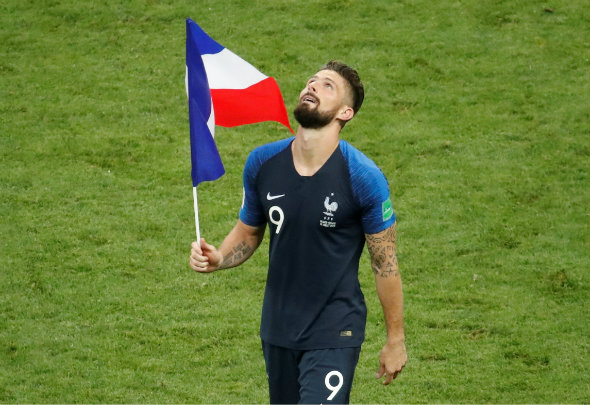 West Ham could be tempted to rekindle their interest in World Cup winning striker Olivier Giroud in January, according to Claret & Hugh.

The 94 cap French international has been limited to just three Premier League appearances for Chelsea so far this season, with Frank Lampard generally preferring Tammy Abraham to lead the line.

And as a result, Giroud has admitted that he could be tempted into leaving Stamford Bridge.

Speaking to Get French Football News, he said: “I don’t necessarily [want to leave].

“But there are things that mean if I am forced to make a decision, I will make it like when I left Arsenal.”

As a result, Claret & Hugh suggest that the Hammers could revisit the possibility of making a move for the 33-year-old, after having been linked with a potential swoop last year, as per the Mirror.

Bringing in a player of Giroud’s quality will always be a smart move, provided he is available at the right price. The Frenchman hasn’t always gotten the credit he deserves in England, but he is a fine frontman with plenty of pedigree and the greatest prize in world football under his belt. Last season, for instance, he managed to win 6.5 aerial duels per 90 minutes in the Premier League, as well as averaging 3.5 shots on goal and 1.9 key passes, as per Whoscored. And while Sebastien Haller has started life in England wonderfully, beyond him, things are less rosy for the Hammers. Albian Ajeti is still adjusting to east London, while Xande Silva is still sidelined and equally inexperienced. This would be a great move for the Irons, but would Giroud be willing to play second fiddle to Haller? Perhaps not.