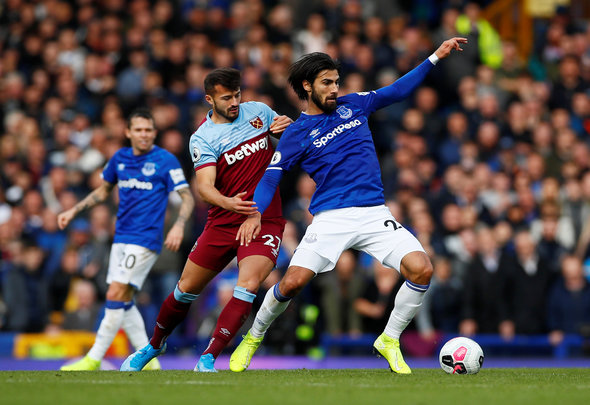 West Ham United will be looking to get back to winning ways against Newcastle United on Saturday, and to do so manager Manuel Pellegrini would be wise to make four changes to his starting line up.

The Hammers battled to an underwhelming 1-1 draw with Sheffield United last time out, but will be hopeful of improving on that against a poor Newcastle side.

As such, Pellegrini must ditch Pablo Zabaleta, Fabian Balbuena, Aaron Cresswell and Felipe Anderson against the Magpies. In their place, Ryan Fredericks, Angelo Ogbonna, Arthur Masuaku and Albian Ajeti should get a chance.

That would precipitate a change of formation from 4-3-2-1 to 4-4-2, which would likely be enough to see the Irons slaughter the visitors to the London Stadium on Saturday.

In goal, Roberto is the undisputed number one choice at the moment. First choice ‘keeper Lukasz Fabianski’s injury was a big blow, but the Spaniard has done a decent job. He must start again here.

Fredericks was surprisingly dropped for Zabaleta last time out, but should return at right back on Saturday. On the opposite flank, Masuaku has been slightly more consistent that Cresswell this season and so he can expect to beat out the England international.

Ogbonna has been one of the Hammers’ best players so far this season, and so his snub for Balbuena last weekend was also a shock. The Italian absolutely must come back in alongside Issa Diop at centre back.

Declan Rice and Mark Noble are the two finest central midfielders at the club these days, and so they should keep their places in the middle of the park.

Meanwhile, Andriy Yarmolenko and Robert Snodgrass must start on the wings against Steve Bruce’s side. Anderson has been poor this term, meaning that he should be the one to drop out to accommodate Ajeti.

Club record signing Sebastien Haller needs some help up front. He worked best in a two alongside Luka Jovic at Eintracht Frankfurt, and so Ajeti should start up top with the big Frenchman on Saturday. 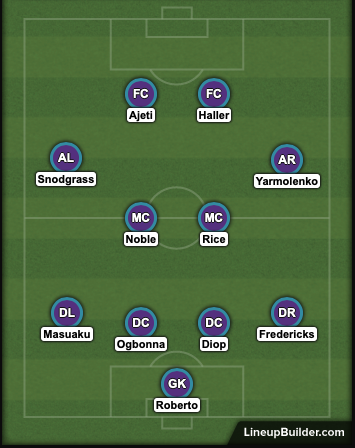