Shearer names Cresswell in team of the week

The left-back scored his second goal in two matches in the 2-2 draw with Bournemouth on Saturday, and the legendary Newcastle United striker saw fit to reward his impact with a place in his XI.

Prior to last weekend’s game against Manchester United, Cresswell has not featured since the Hammers’ opening day demolition at the hands of Manchester City, but has found himself back in the limelight after Arthur Masuaku picked up a suspension. 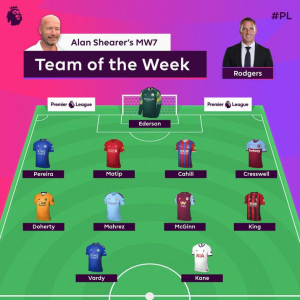 Credit where it’s due, Cresswell has done fantastically well to reassert himself as an option for Manuel Pellegrini’s side. After that dreadful opening day performance against Manchester City, and with Masuaku ticking along nicely at left-back, it wasn’t immediately obvious as to where or when the 29-year-old’s next chance was going to arise, but he has seized on his opportunity with gusto, and now it is Masuaku who faces the uphill battle. Not only has he scored twice in two games, but he has looked good while doing so. Sure, Masuaku still has a higher average Whoscored rating than Cresswell, and has registered more tackles, interceptions, and clearances per game, but it will be hard for Pellegrini to drop the 29-year-old while he is in this kind of form.