Sanchez and Wilshere in line if Rice misses out v Everton 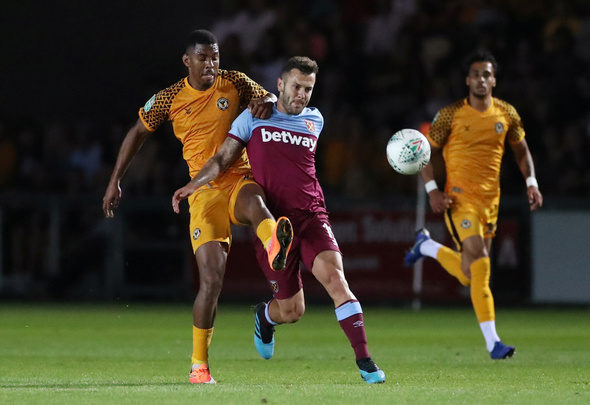 West Ham United midfielders Carlos Sanchez and Jack Wilshere could be in line to start against Everton on Saturday, according to Football London.

The outlet claims that, while Declan Rice is expected to have gotten over the virus that kept him out of England’s clash with Bulgaria on Monday, there remains a chance he could miss out.

If the 20-year-old cannot make it to Goodison Park, then either Sanchez or Wilshere stand to replace him, alongside Mark Noble, in the starting line up.

It would be a hammer blow to West Ham’s chances if Rice couldn’t make the journey to Merseyside. The youngster is so integral to the Hammers’ chances at Goodison, especially given the myriad attacking talents evident in Marco Silva’s side. Yes, they haven’t performed very well this season at all, but they have plenty of players who can hurt you. The likes of Gylfi Sigurdsson, Alex Iwobi, Richarlison and Moise Kean are all top class attacking talents, and so to potentially be without your top defensive midfielder would make stopping them immensely difficult. Sanchez is obviously more defence-minded than Wilshere, but doesn’t have the same mobility or quality of passing as the England international. Wilshere, though, may not be disciplined enough to plough that holding midfield furrow alongside Noble. Still, hopefully Rice is fit and we don’t have to worry about this one too much. Otherwise, Manuel Pellegrini’s side could be in trouble.